Scared and Happy at the Same Time 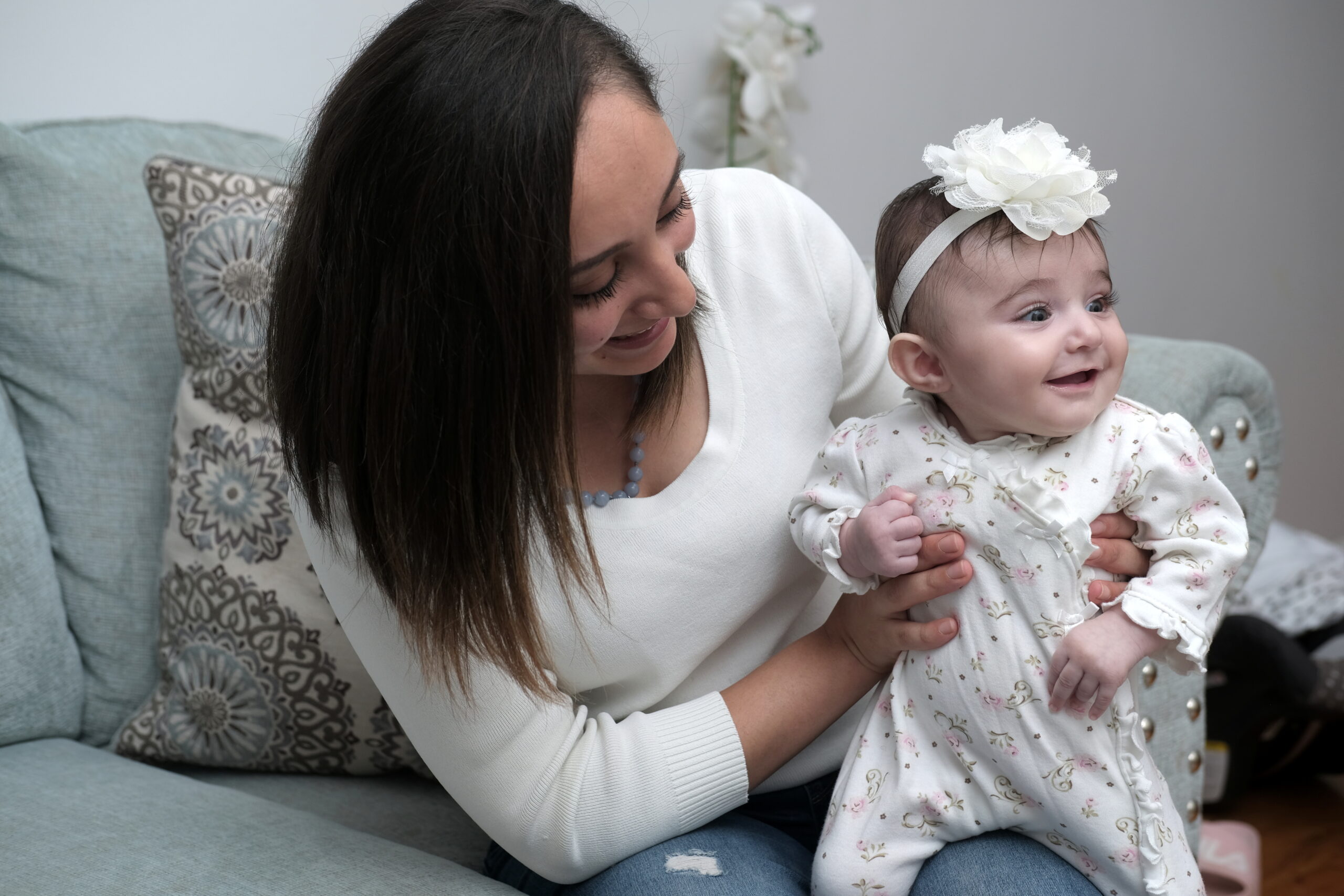 Five years after reaching Connecticut, members of a Syrian family become citizens and homeowners and reflect on their first days.

In January 2017, Reem Alhaji arrived in Connecticut with her husband, Khaled, their two-year-old daughter, Elin, and a mix of emotions. The family had left Syrian’s Kurdish region to escape the country’s civil war and lived in Istanbul for three years while applying to enter the United States as refugees. They arrived in America with two bags of clothes and diapers for Elin.

“I was scared and happy at the same time,” Reem recalled. “We had no family here, no language. We were thinking, how is it going to be there?”

After the ride from the airport in New York City, they arrived in New Haven where Susan Suhr, from Woodbury’s New Start Ministry, greeted them in the company of an Arabic interpreter. Then, they drove to Waterbury, where an apartment was waiting for them.

“She gave my husband a key, teaching him which door you can open,” Reem said. “Everything was clean, everything was available—clothes, food, furniture, diapers, whatever we needed. We were so happy.”

Five years later, the family has reached major milestones in their life as immigrants—they own a house in Manchester, Khaled has steady work as a driver for Fedex, their two older daughters are in school, their third daughter was born in May, and this summer Reem became a U.S. citizen. Khaled is still going through the citizenship process.

“I was so excited for them,” Suhr said of their accomplishments. The Alhajis were the first of four families to resettle with the help of New Start Ministry. In 2019, the group welcomed a family from Afghanistan, and in November 2021, received another family from Afghanistan, who were evacuated from the Kabul airport. The ministry is working to get a green light to sponsor a fourth family.

The ministry started in 2015 at St. Paul’s Church in Woodbury, when members of the congregation considered becoming co-sponsors. After a presentation by Ashley Makar of IRIS, they reached out to clergy in neighboring towns, built a team, and in the summer of 2016 were close to ready to welcome a family. The Alhajis arrived in January 2017, just a couple of weeks before then-President Donald Trump’s “Muslim ban” went into effect.

A core group of between 21 and 28 volunteers meets weekly to coordinate their activities, Suhr said, adding that they come from at least a dozen houses of worship in the area. “We have Muslims, Jews, Catholics, Protestants, agnostics on the team.” They’re organized in such task areas as acculturation, English lessons, child care, education, employment, finance, health care, housing, household furnishings, social services, transportation, and translators. “We have found that it is best to divvy up the responsibilities among those people. It’s also very important for us to stay coordinated.”

Even though volunteers work in specific areas, Suhr said, New Start Ministry makes a point not to “silo” people by their tasks. “I don’t think that works very well, because you isolate people too much and you’re not getting the full picture of what’s going on with the family,” she says.

One of the key lessons she’s learned, Suhr says, is “how amazing it is that people who don’t know each other can bond so quickly and work so beautifully together. I am so grateful that I have had this opportunity to work with people and help make significant change in the lives of people and watch them grow and become independent.”

Another lesson came from their experience with the family evacuated from Afghanistan last year. New Start Ministry’s first two families had already been through the trauma of leaving their country and culture when they arrived in the United States. Years of living in a third country and waiting for their visas had given them time to come to terms with their situation and the realization that they’d probably never see their home country again. “The Afghan evacuee family didn’t have that time. It was still in the moment. It was still raw for them,” Suhr said, adding that the family has since moved to Houston to be near family. “If we got another evacuee family, we would deal with them differently. We will listen a lot more and try and better understand what their goals are, what their dreams are, recognizing that their experiences are quite different from what refugees experience.”

The husband in the evacuee family had been a journalist at home and hoped to find similar work in the United States, even though he spoke no English. “He hadn’t had the time to process the change, that this is a totally different life, that he needs to rebuild,” Suhr said. “That is the distinction that I saw, the refugees had already gone through that self-awakening while they were exiled in Turkey.”

The Alhaji family’s time in Istanbul was difficult, Reem said. “They don’t like refugees. Everywhere they don’t like us. Nobody helped refugees there.” Khaled had gone ahead in 2014 and Reem followed later. The civil war in Syria drove their decision to leave. “We don’t have enough freedom to live. There was the war,” Reem said.

They married in a religious ceremony in Turkey and Elin was born there. Khaled supported the family with work as a tailor, which he’d been in Syria.

Now settled in their three-bedroom suburban ranch home in Manchester, they feel safe and secure. Elin, their oldest, is seven and in the second grade. Ella, 3, who was born in Connecticut, is in preschool. Reem stays home with four-month-old Mila, and Khaled works six days a week. The family speaks Kurdish at home and has found friends in a Kurdish community in South Windsor.

Their first months in America were very busy, Reem said. They had interviews for work, they learned how to drive, they studied English. “It was so busy, paperwork, vaccines,” she said. Every step of the way, she said, volunteers from New Start were there to help. “Some people were teaching us English, some people were taking us to doctors’ appointments, grocery shopping.”

Khaled first found work with Marie’s Movers in Southbury, and after about two years moved to Fedex. Reem worked for 18 months as a cashier at Brooklyn Baking in Waterbury. The job helped her learn English, but she stopped when she was expecting Ella.

In 2017, Reem and Khaled married again in Southbury because their religious ceremony in Istanbul was not recognized. In attendance at the wedding were volunteers from New Start Ministry and IRIS staff.

“I am happy here,” Reem said. “I know my kids are safe. They are going to school. They have food. Everything is available.”