Welcoming the Stranger: A Celebration of Success 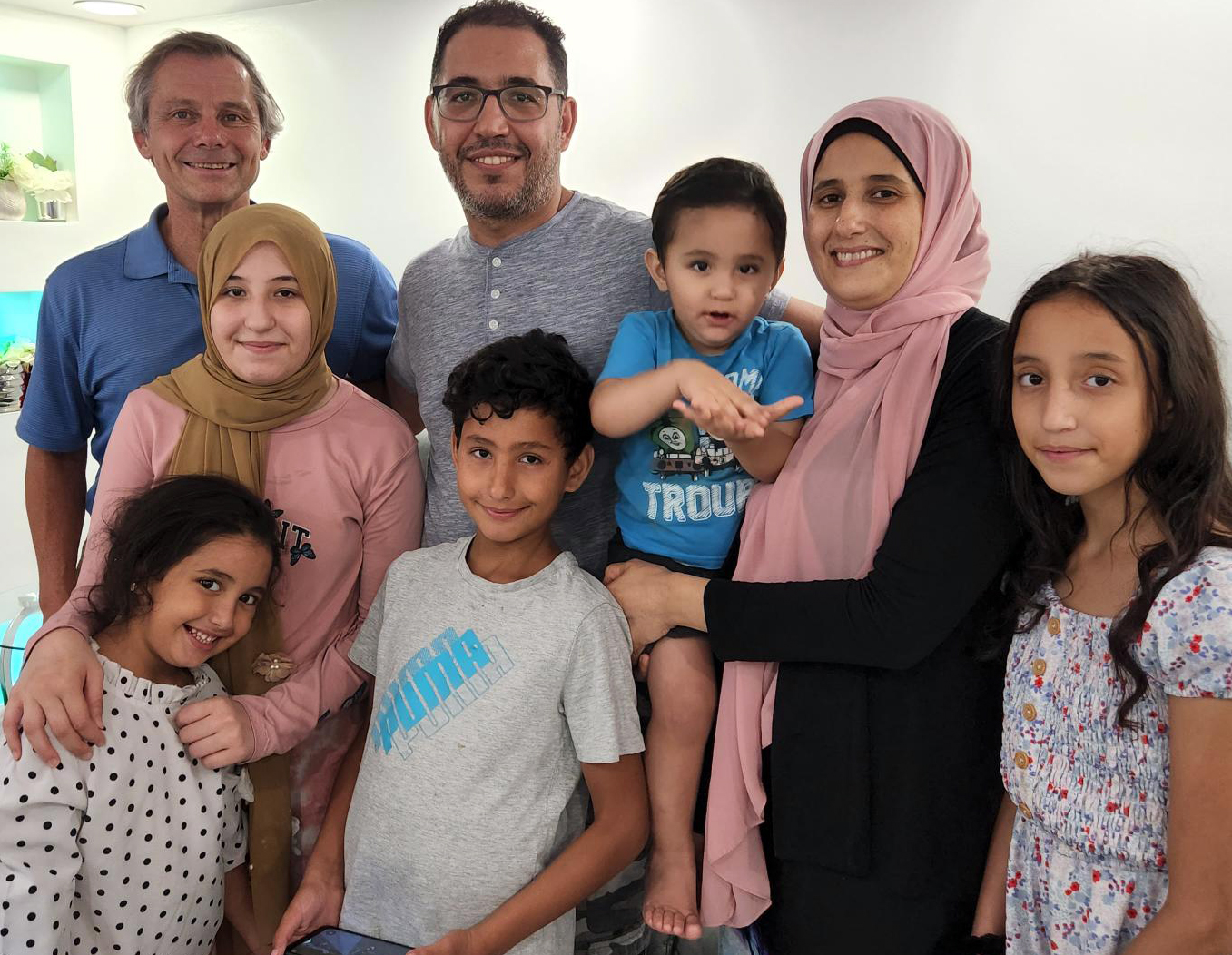 On a cold day in January, 2017, a Syrian couple, Ebrahem and Ranim, and their four children arrived in New Haven after spending 30 hours flying from Jordan. They were welcomed by four anxious but enthusiastic members of Westminster Presbyterian Church and Beth El Temple.

For the past nine months, the congregations partnered with IRIS to plan for the arrival of a refugee family. They were trained as part of IRIS’ co-sponsor program, to resettle the family with housing, furniture, financial aid, school enrollment, English lessons, and access to healthcare.

Less than two weeks before their arrival, IRIS got notice of the Al Radi family of six, originally from Syria. They each arrived with a single piece of luggage, shivering and exhausted from their arduous journey.

The WPC/Beth El team kicked into action, transporting them to their hotel while their apartment was being readied, and serving them a hot, Syrian meal, home-cooked with love by members of both congregations.

Throughout 2017, there were countless acts of kindness and love exchanged between the Al Radi family and the WPC and Beth El congregations. Over the years, the family received social service benefits, employment, education, and green cards. The Al Radi family has flourished and grown, to now include one-and-a-half year old Amir.

It is no understatement to say that the Al Radi family is a true refugee resettlement success story.

Speaking virtually no English upon their arrival to Connecticut, the Al Radi family now all speak beautiful English, have become U.S. citizens, and have purchased a home in West Hartford. Capitalizing on Ebrahem’s remodeling skills, and Ranim’s decorating skills, they have transformed their house into a beautiful home.

This past summer, the family reached another milestone: they received their last financial aid check from the WPC/Beth El refugee resettlement fund, as the Al Radis have reached financial independence. They plan to use the money towards purchasing a new car.