Experts: Government Needs to do More to Help Ukrainian Citizens Coming to the U.S. via CT News Junkie

From Afghanistan to Branford: Sadats Supported by Branford Refugee Resettlement Volunteers via Zip06 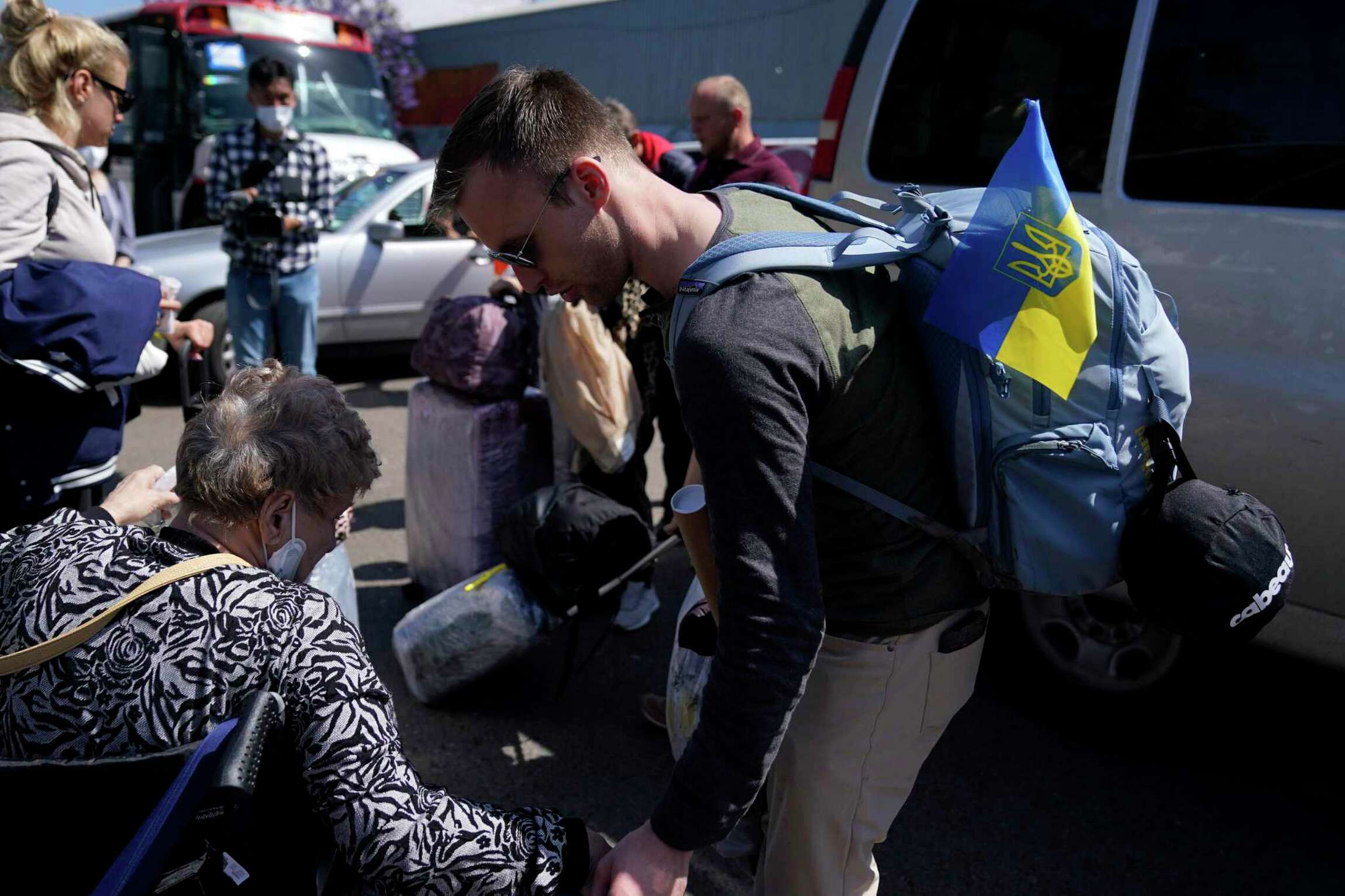 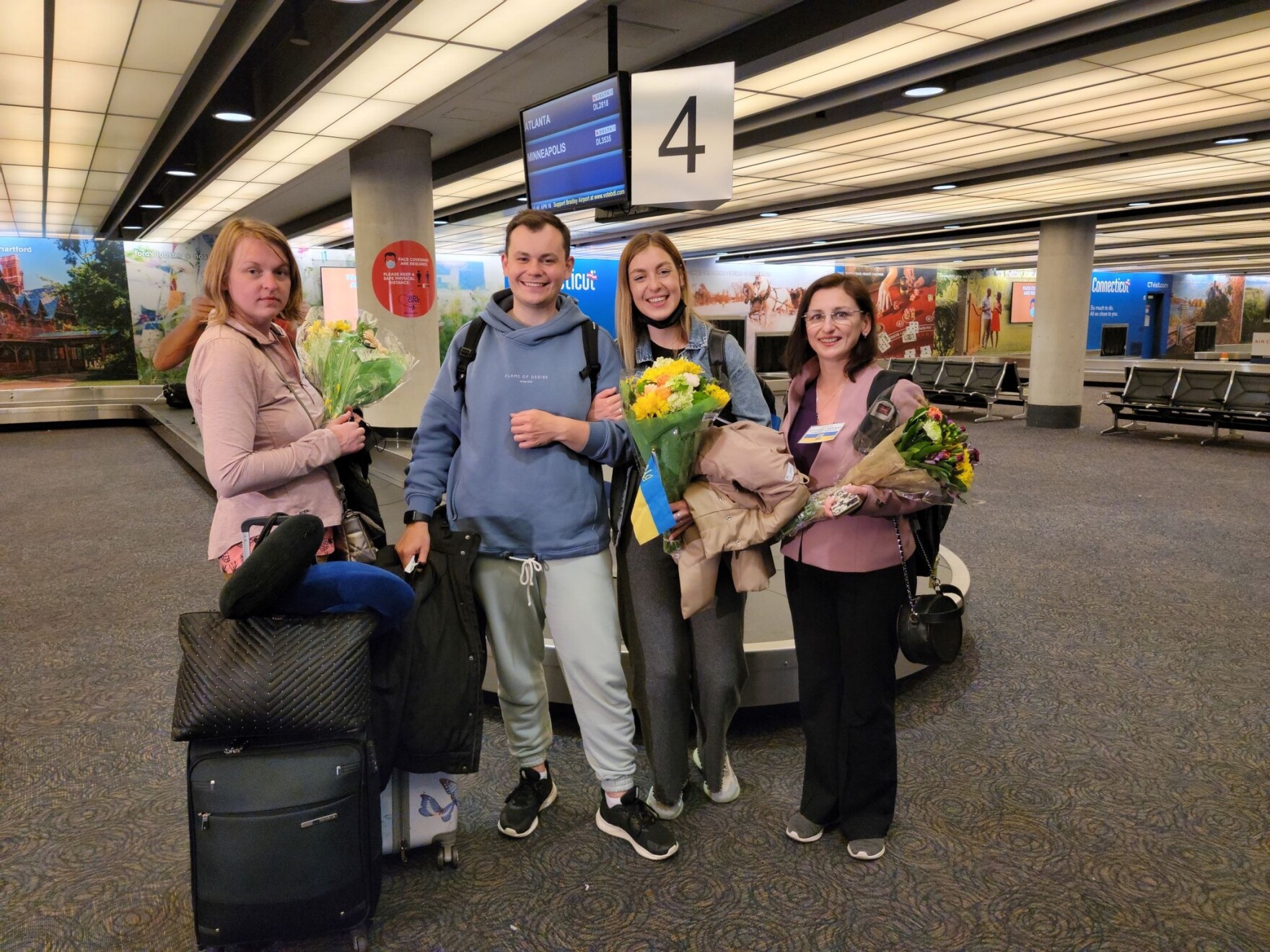 Ukrainian refugees are arriving in Connecticut via NPR 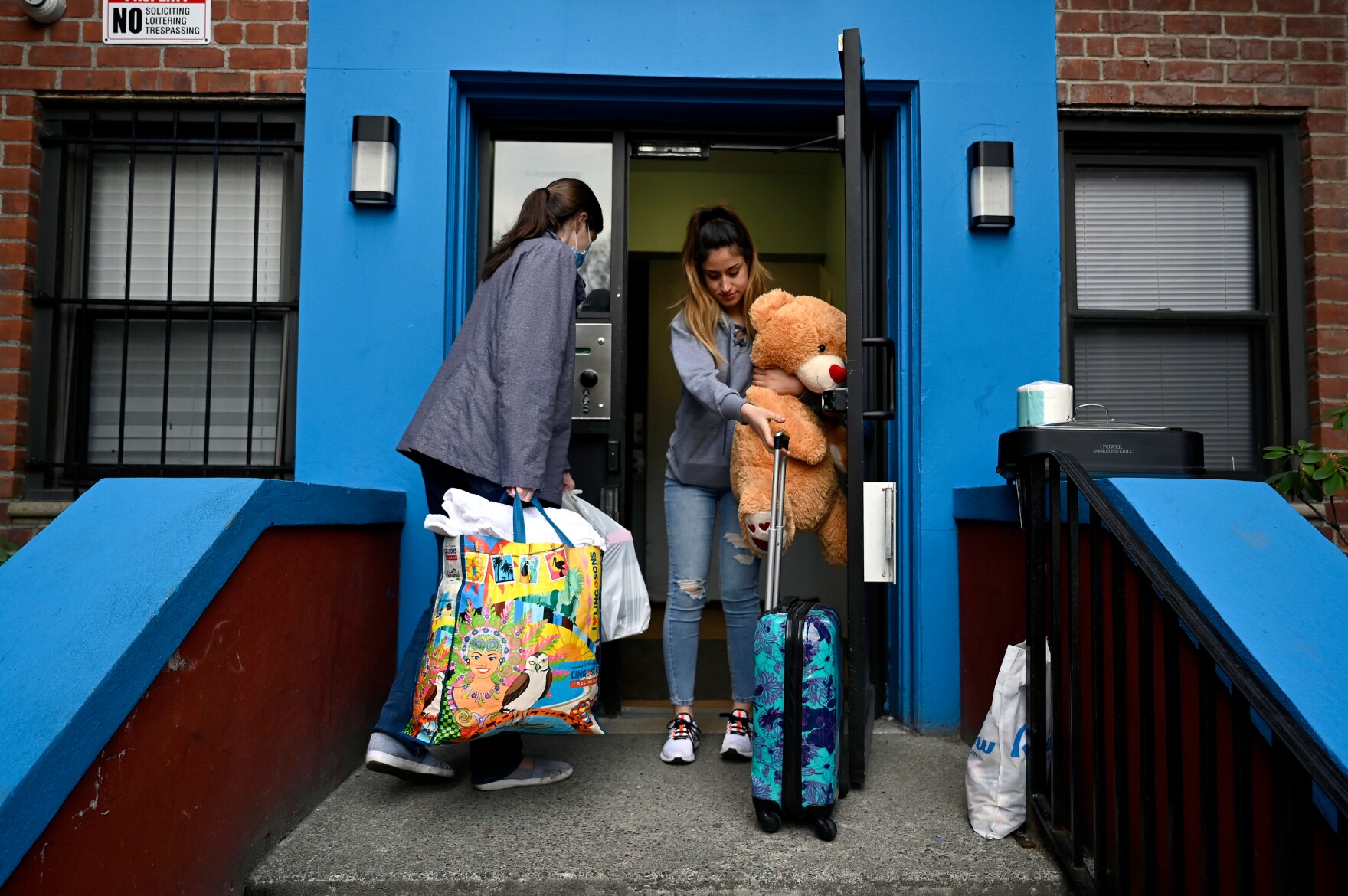 This teen fled Afghanistan for Connecticut. Her family still needs help to escape via NPR 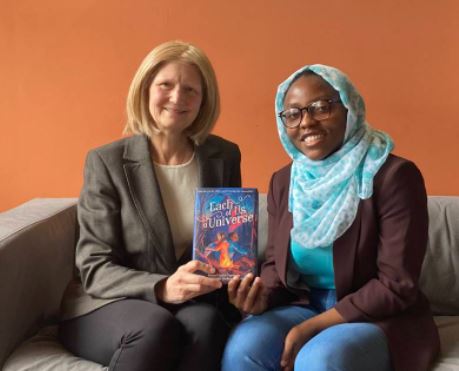 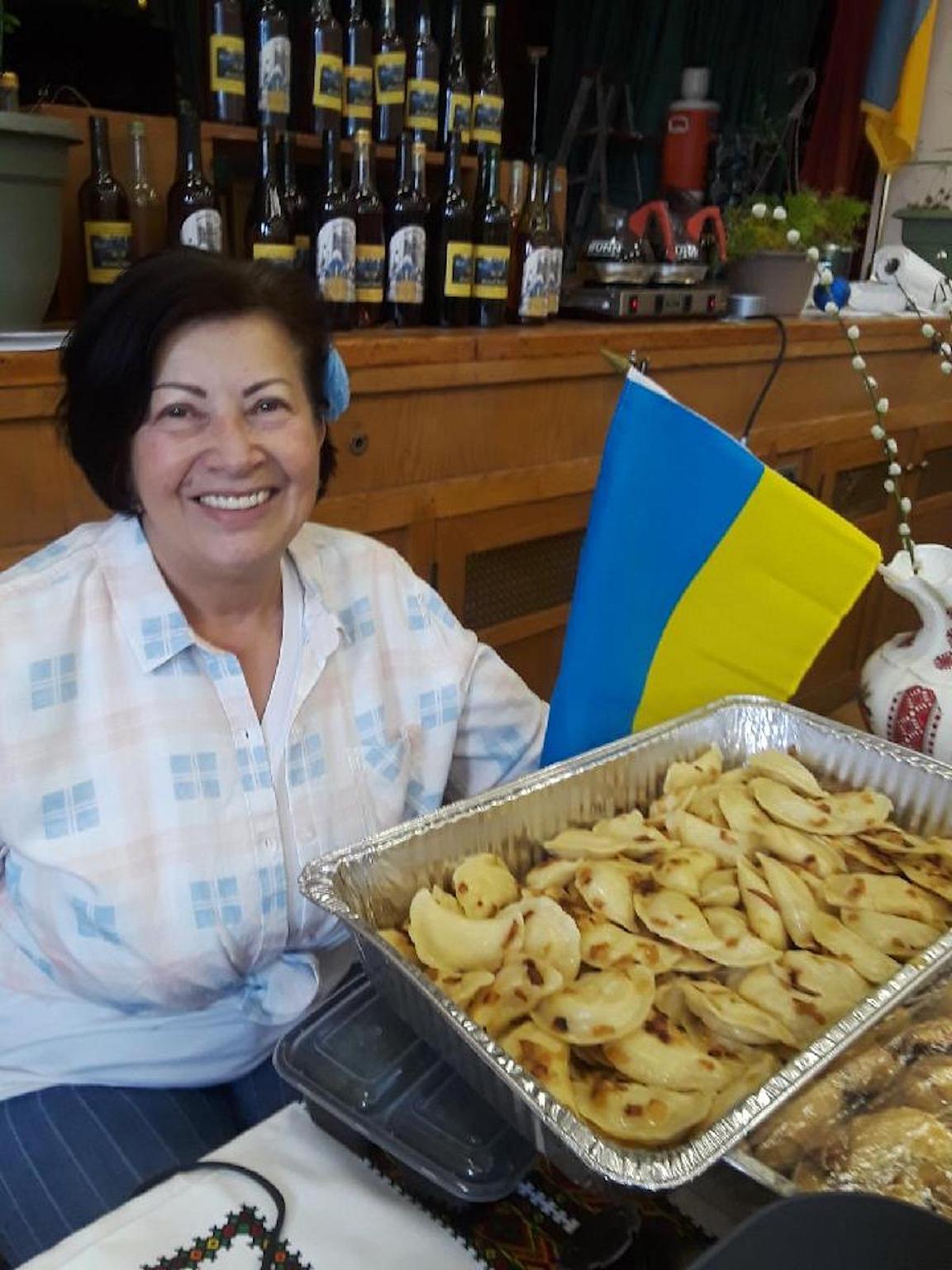 Afghan refugee family settles into New Milford with help from nonprofits: ‘We’re lucky to have them’ via CT Insider U.S. to accept up to 100,000 Ukrainian refugees, Connecticut would welcome some ‘with open arms’, governor says  via Hartford Courant 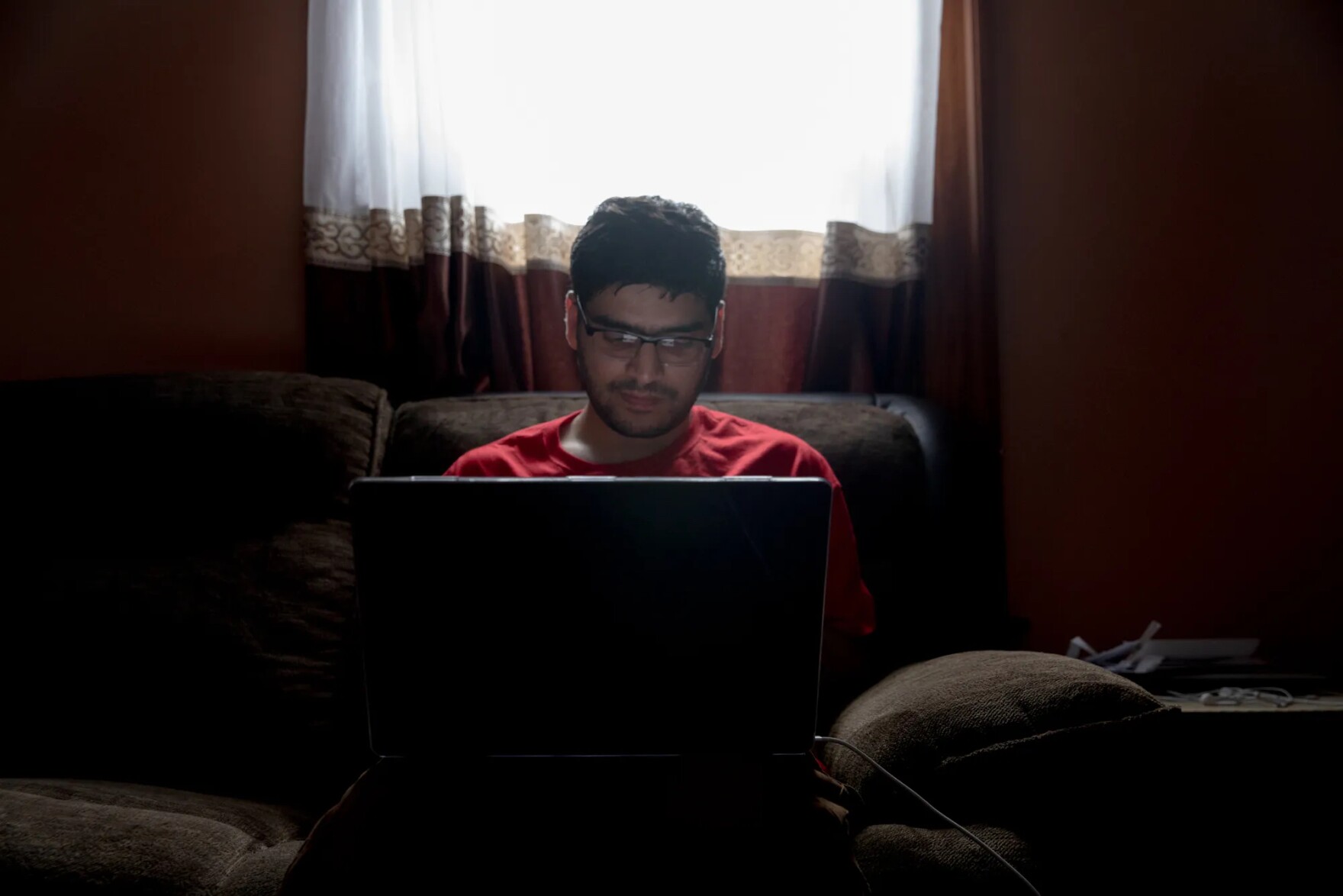 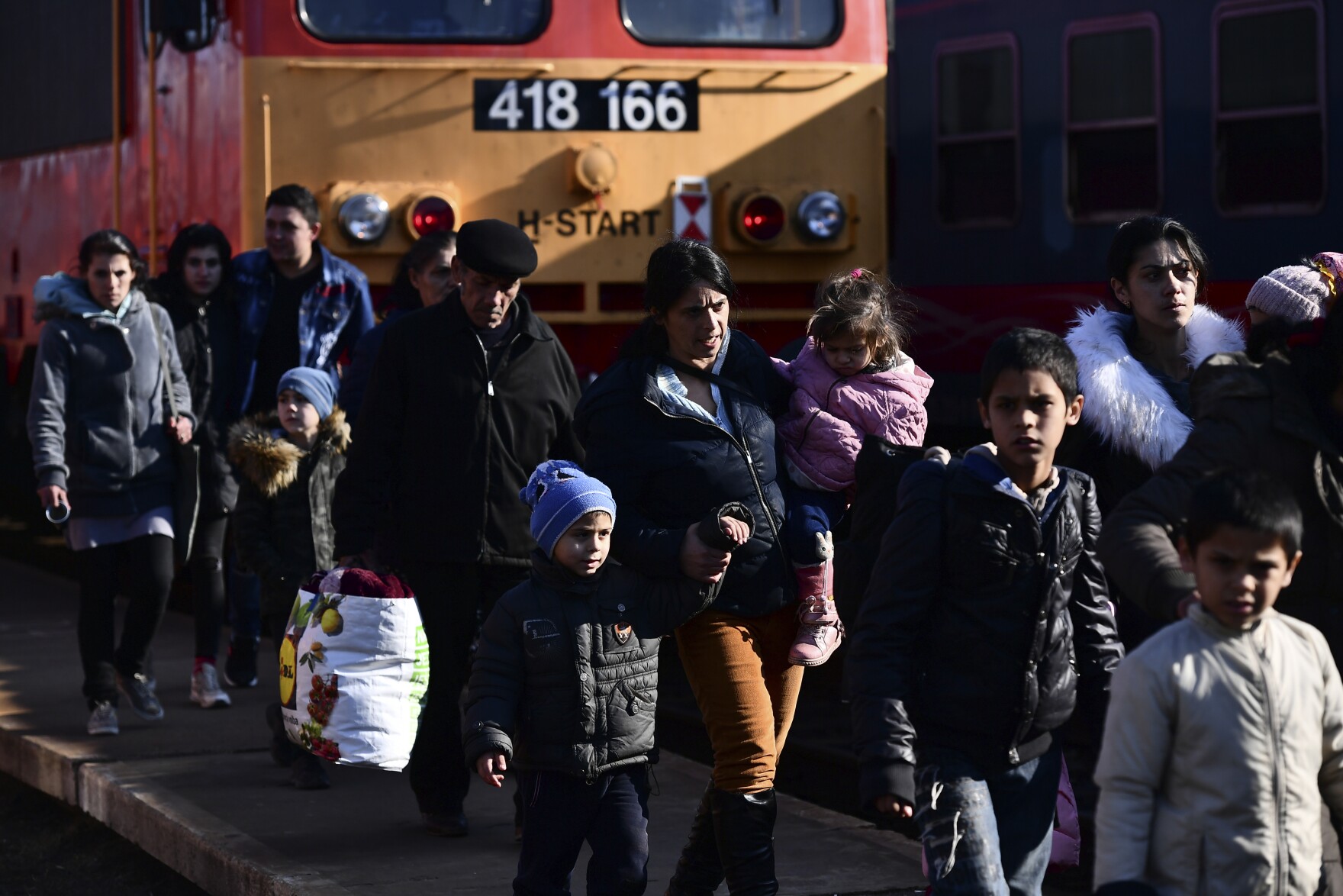 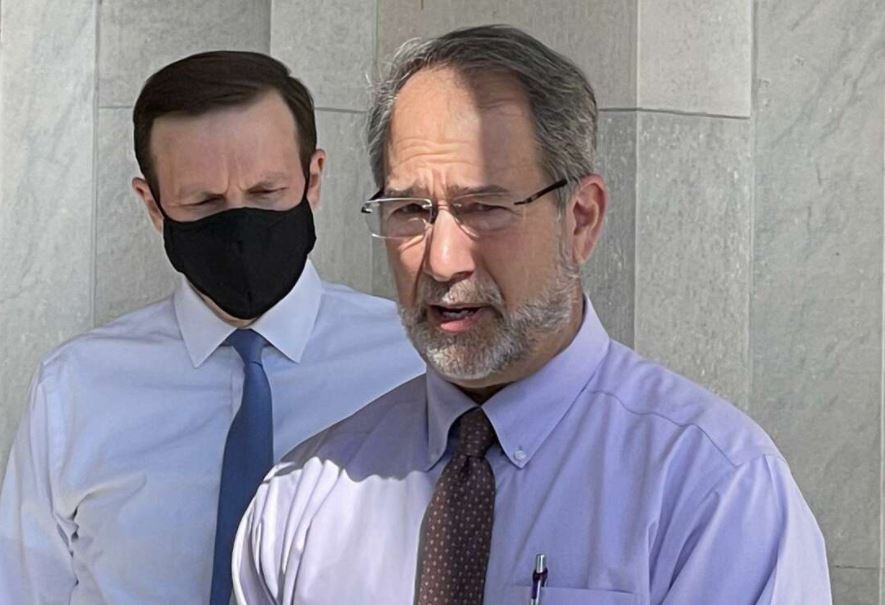 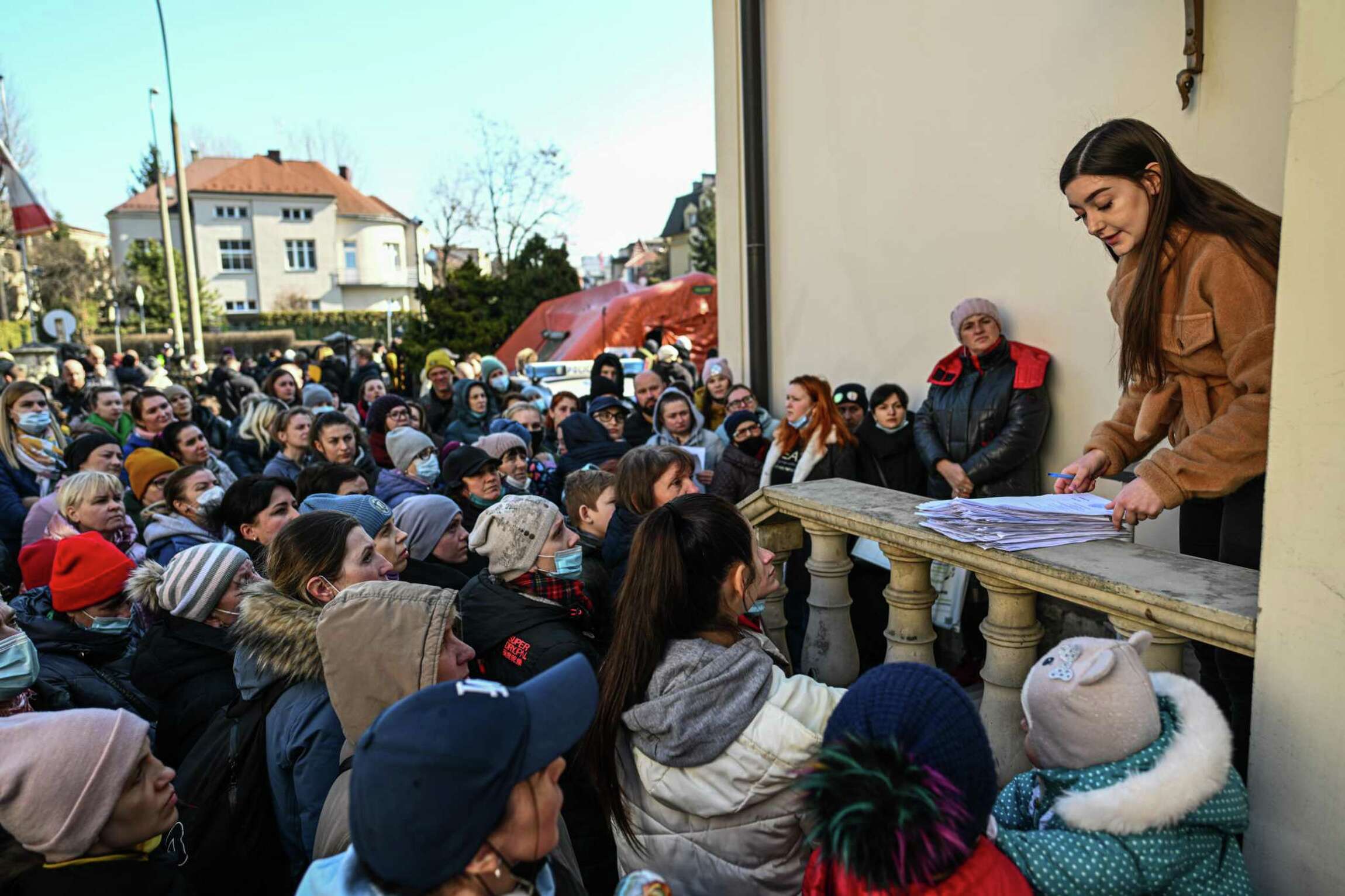 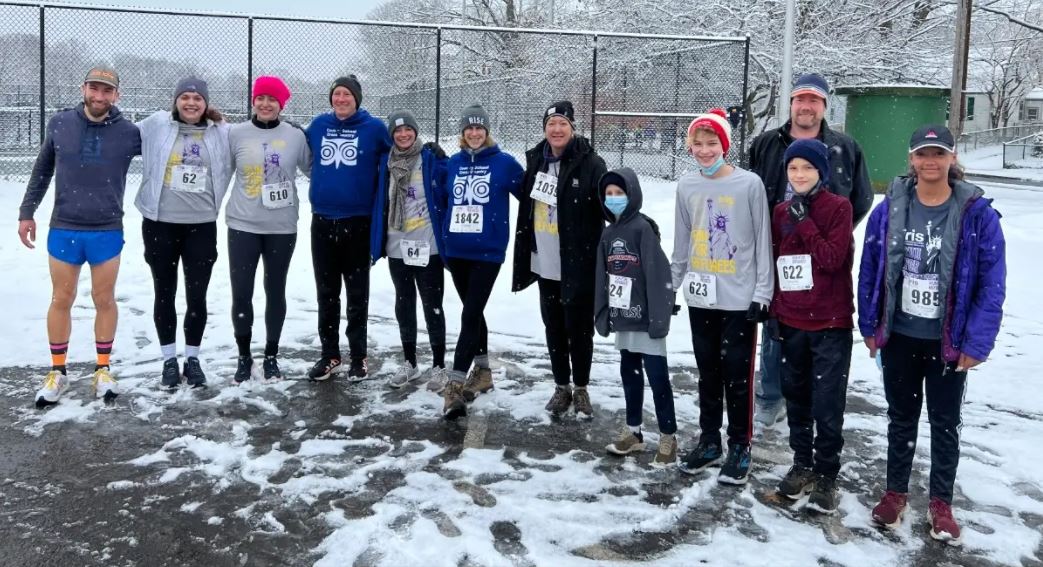 Country School Raises $1600 for Refugees via The Patch

Response to crisis in Ukraine proves racism prevails, even in times of war  via  The CT Mirror 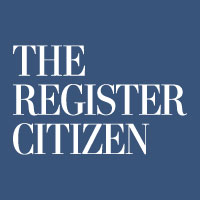 ‘From Albanian to Zulu,’ Yale students interpret for those in need as volunteers via The Register Citizen 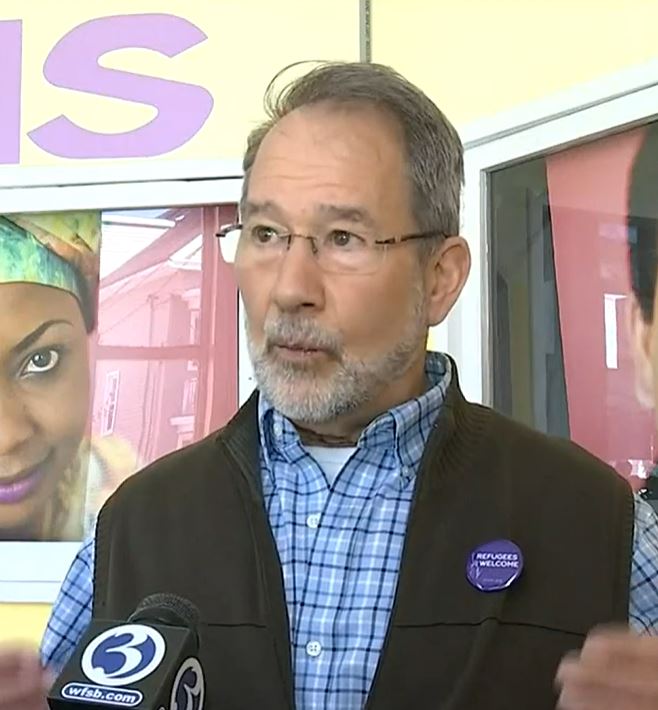 IRIS in New Haven preparing for Ukrainian refugees via Eyewitness 3 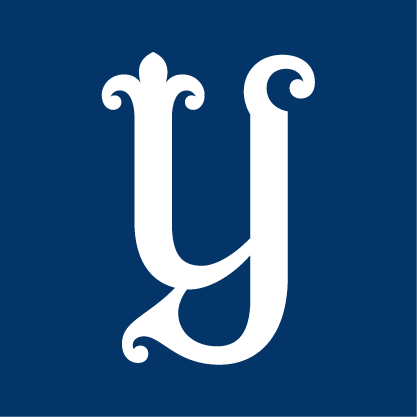 More than 1,300 turn out for CT Run for Refugees; concern remains for Afghans seeking asylum, ‘they can’t go back to the Taliban’  via Hartford Courant 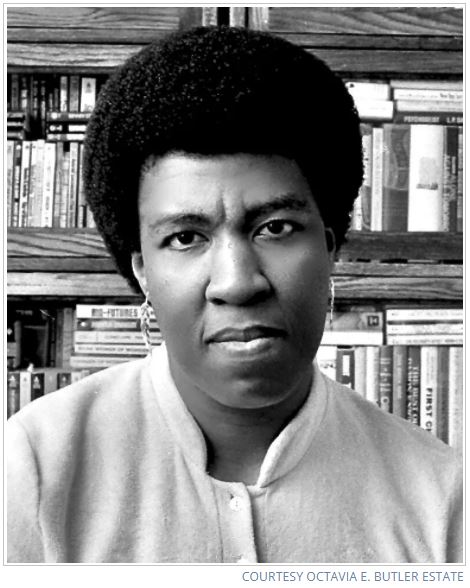 Sparked By Parable of the Sower, ​“One City: One Read” Gets Ready To Change New Haven  via New Haven Independent 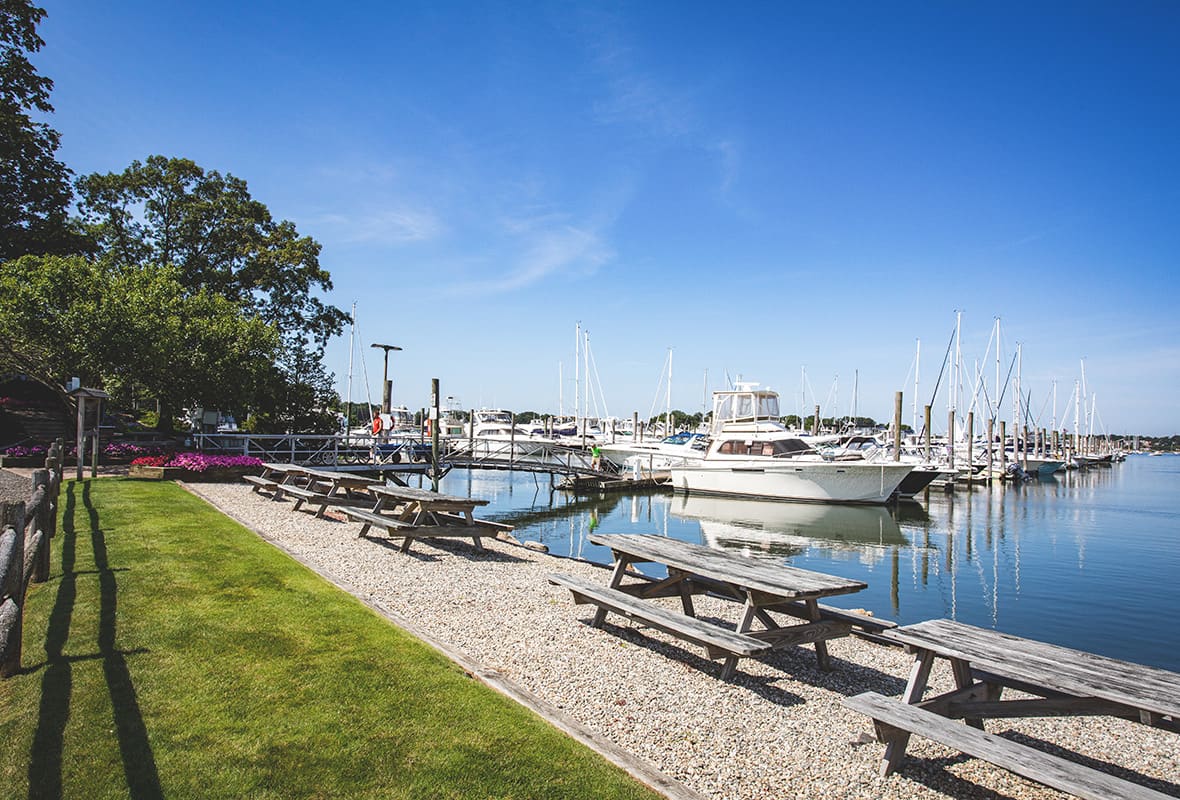 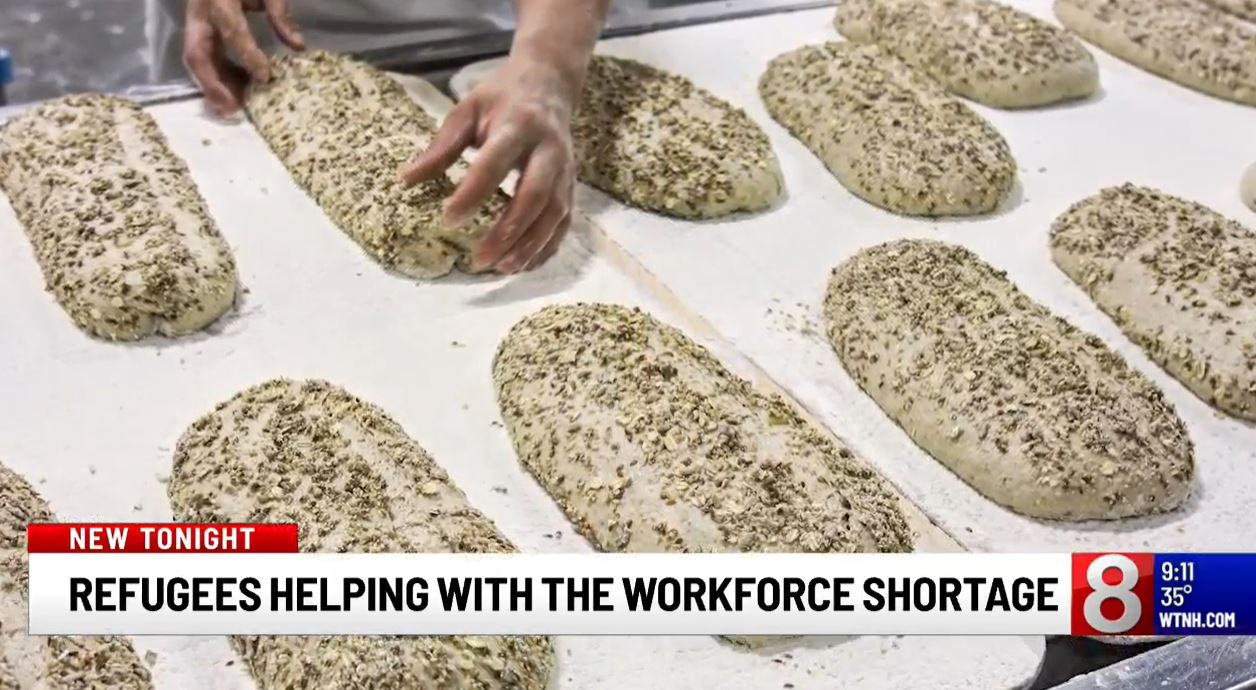 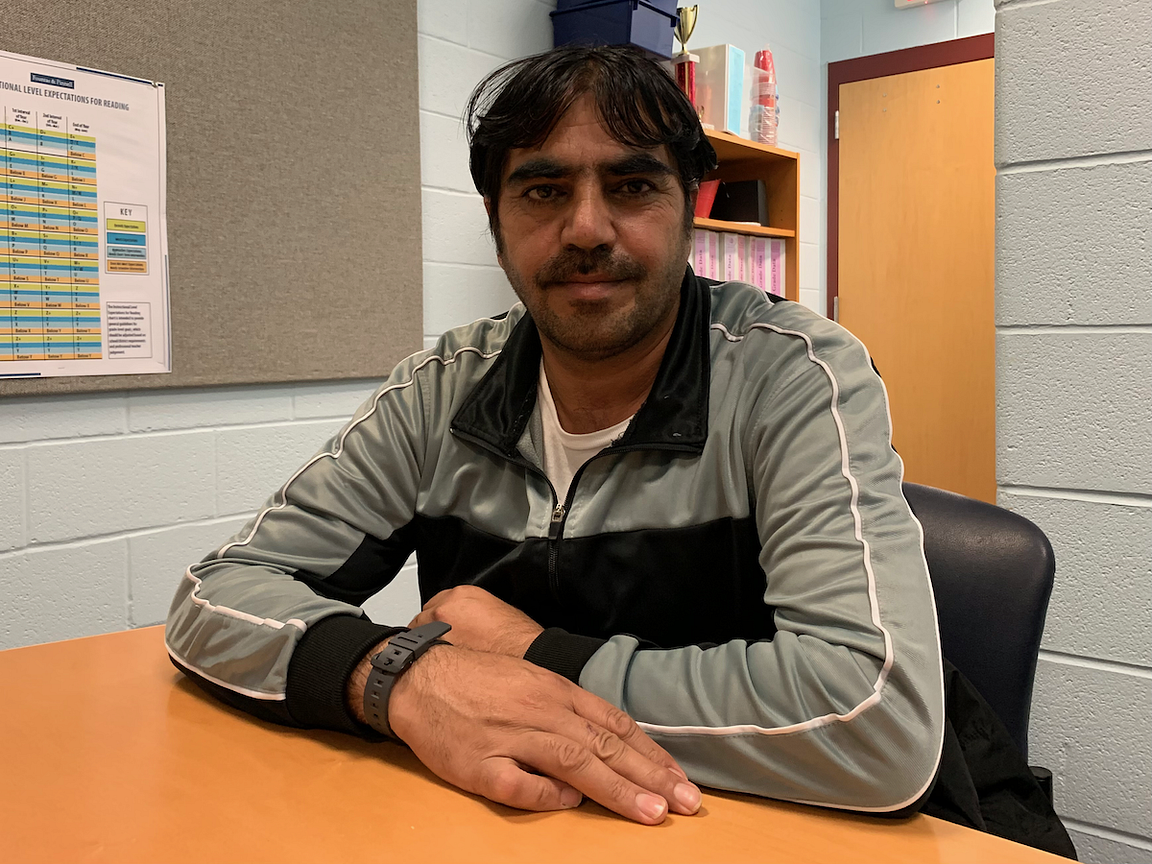 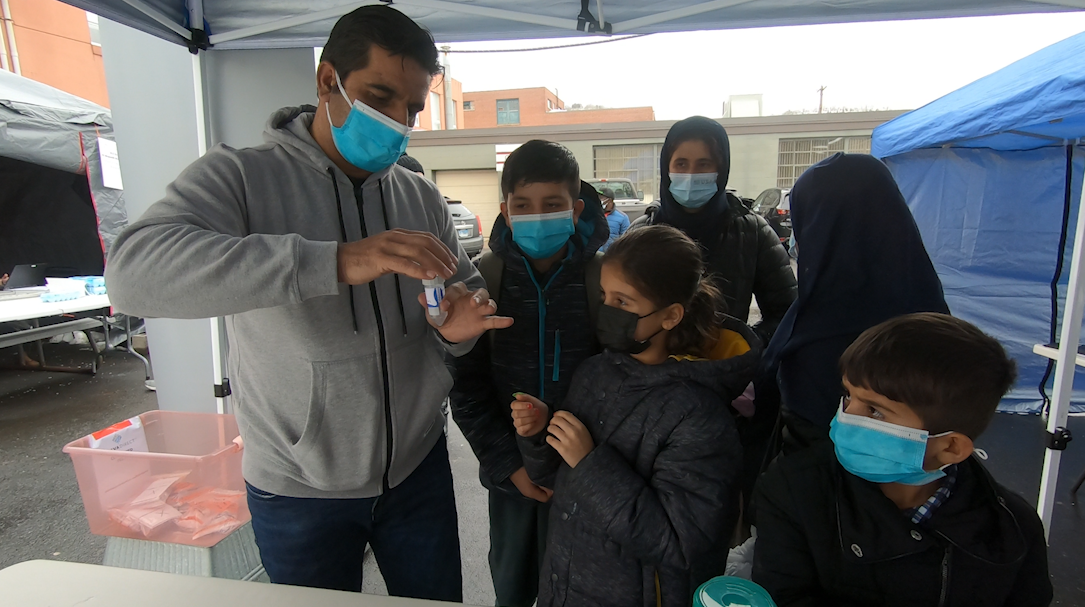 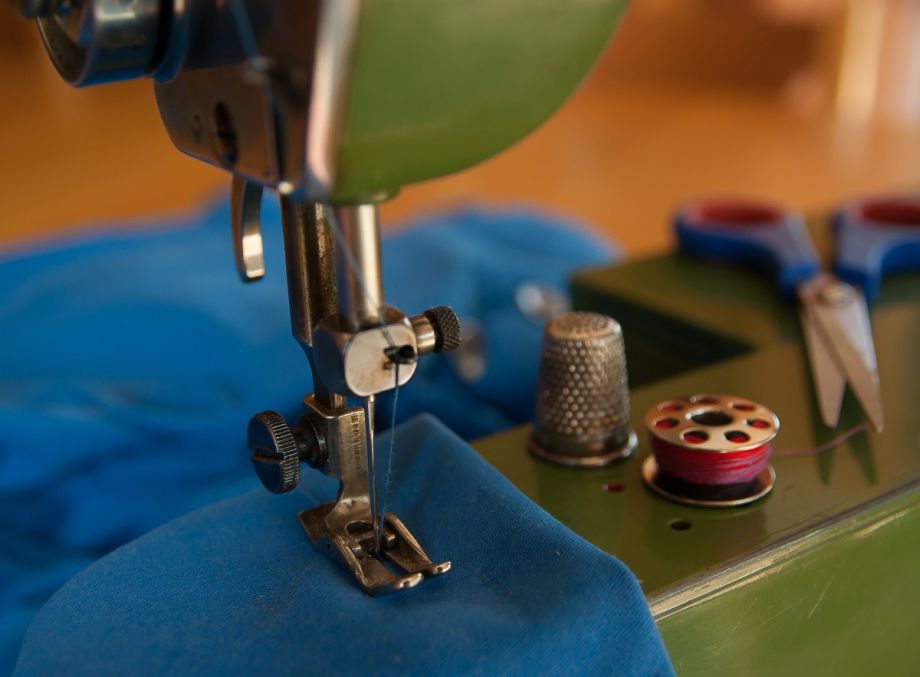 For Some Afghan Refugees, Sewing Machines Provide Needed Sense of Normalcy  via Next City 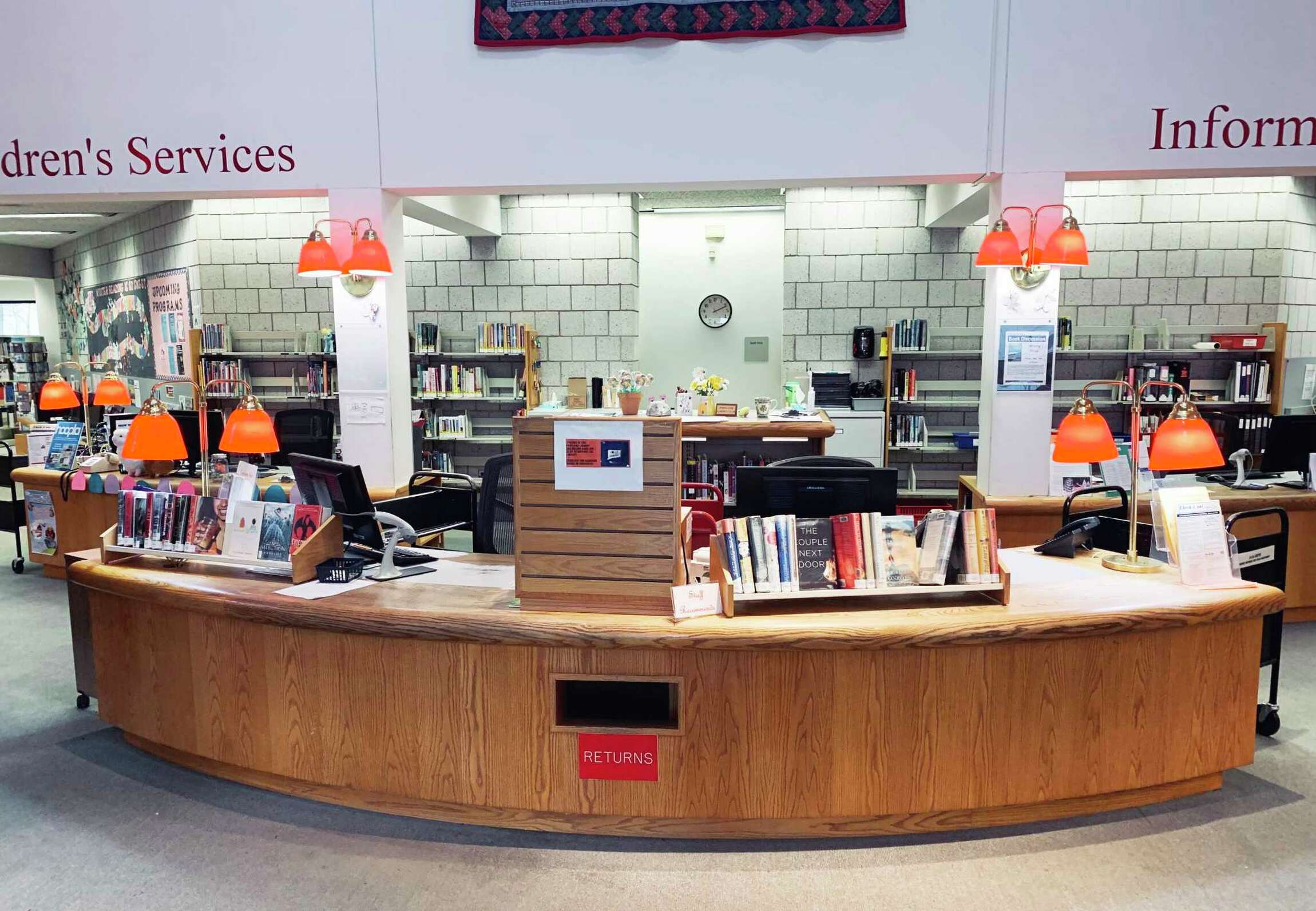 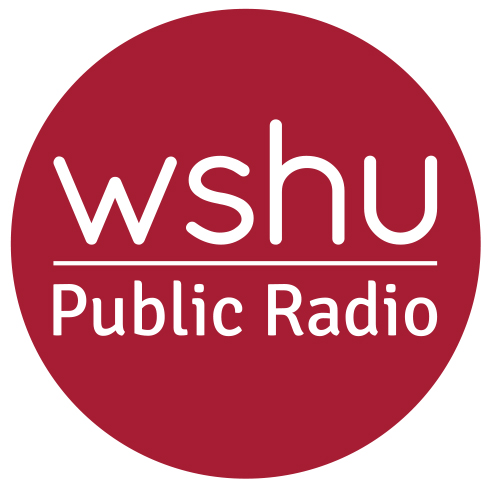 Afghan refugees get COVID-19 testing in New Haven  via WSHU 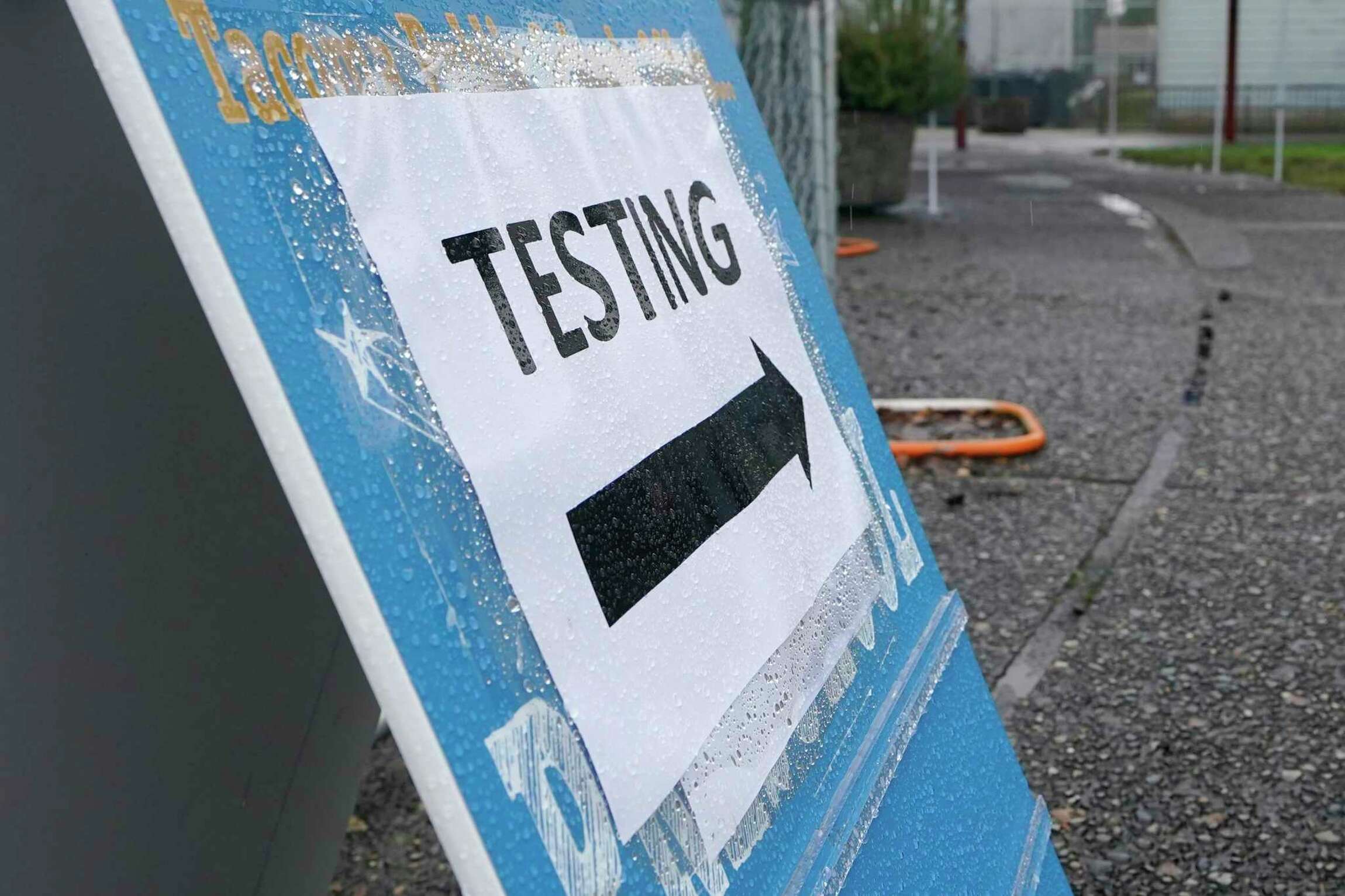 Saints on the Shoreline Continue Refugee Resettlement Efforts  via Zip 06 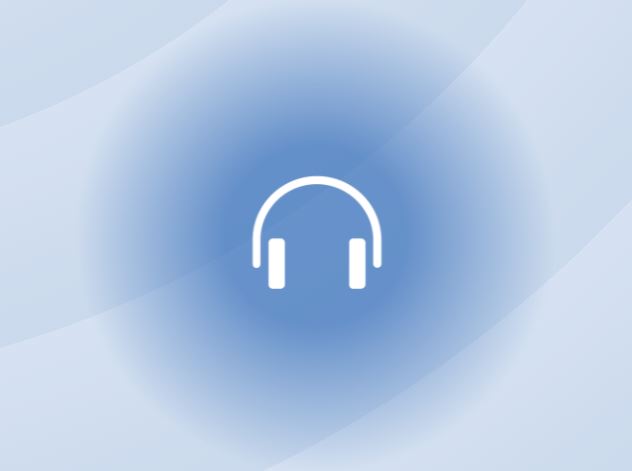 Woog’s World: The ABCs of holiday giving  via Westport News 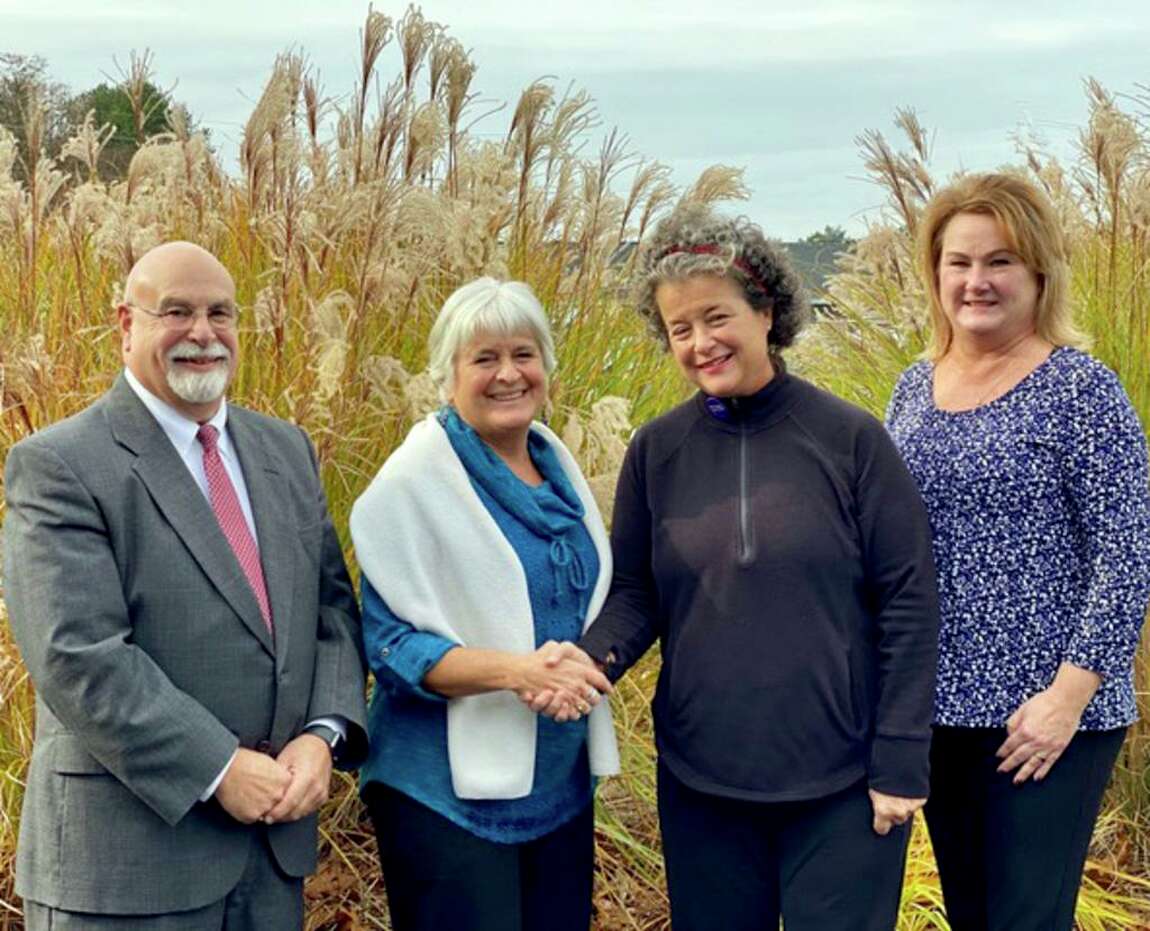 ‘Refugee families arrive with nothing’: Branford groups want to help  via CT Insider

‘They came with nothing:’ A community rallies to provide sewing machines to Afghan refugees  via Hartford Courant 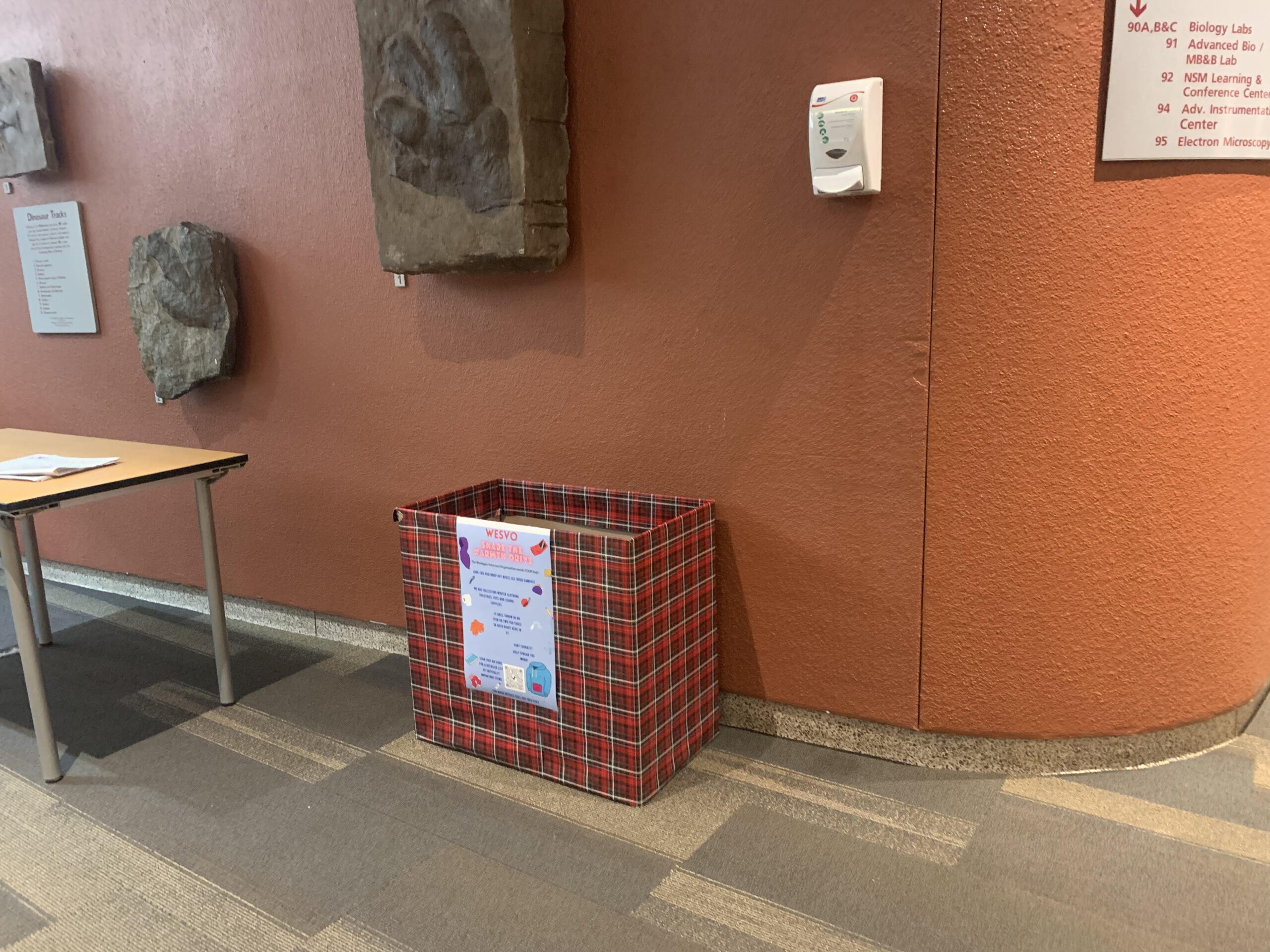 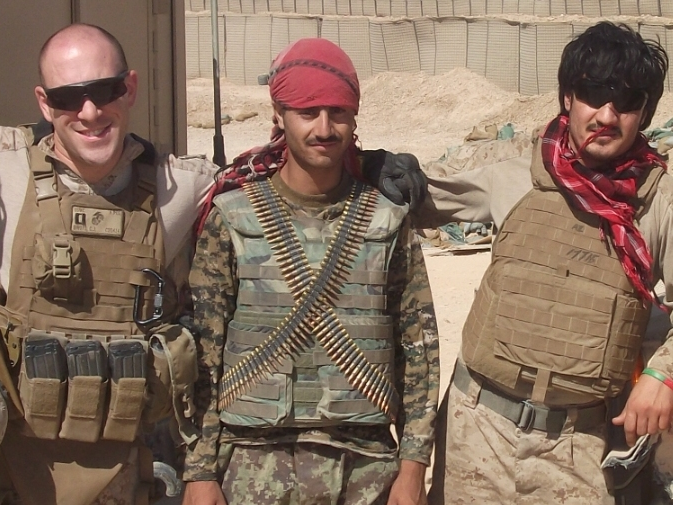 Acts of Valor: A Marine & His Translator via The Patch

Supporting Afghan Evacuees: A Conversation with Chris George of IRIS via The Patch

Landlords wanted: As Afghan refugees arrive in CT, housing is an issue  via CT Mirror

After fleeing their countries, these men are helping other refugees resettle in CT  via CT Insider

Thousands of Afghan refugees fled their country following Taliban takeover; a look at how CT is welcoming them via News 8 WTNH

They escaped terror in Syria to come to New Haven. Now the extended family is safe via New Haven Register

Resettling Afghan evacuees will be a mammoth job. Churches will be essential via The Washington Post

Music and Cookouts in a Tent City for Afghans Starting Life in the U.S. via The New York Times

Woog’s World: Westporters should reach out to Afghan refugees via New Canaan Advertiser

Wave Of Afghan Refugees Expected In Connecticut via WSHU

‘Immigrant Eyes’: Windows to the soul and doors to different perspectives via UConn Daily Campus

Afghan refugees are coming to Connecticut via WFSB

Sen. Blumenthal pushing Congress to get Americans, allies out of Afghanistan via News 8 WTNH

New Haven chef wants family out of Afghanistan; saying ‘there is no work, no food over there’ via New Haven Register

More than 1,000 refugees are expected in CT in next year. These people are helping them via New Haven Register

He was lucky to escape Afghanistan, but many of his relatives, friends and other Afghan allies were left behind… via CNN

U.S. to Provide Afghan Evacuees Aid of Up to $2,275 Each via Bloomberg

What’s Next For Afghans Resettling In The U.S. via NPR

The U.S. is providing up to $2,275 in aid for all Afghan evacuees via Fortune

U.S. Tells Refugee Aid Groups to Get Ready for 50,000 Afghans via Bloomberg

More than 100 Connecticut residents may be stranded in Afghanistan as U.S. races to evacuate thousands… via Hartford Courant

U.S. tells refugee aid groups to get ready for 50,000 Afghans via Seattle Times

Ex-Afghan translator says he regrets voting for Biden via CNN

How New Haven’s Integrated Refugee and Immigrant Services supports families transitioning to the U.S. via Prism

New Haven agency: Hundreds of new refugees expected in CT, ‘it is a little staggering via New Haven Register

Connecticut resettlement agencies preparing to help as many as 1,000 refugees from Afghanistan… via Hartford Courant

‘Failure of American foreign policy of epic scale’ via The Day

This is now our country’: They fled Afghanistan, bringing via New Haven Register

A Family Of Afghan Refugees Finds Safety In Connecticut via WSHU

The United States is preparing to receive 50,000 Afghan refugees via Pen Media Inc

Haunted By Ghosts Of The Violence via New Haven Independent

Randall Beach: A day in the life of an IRIS mover via CT Insider

Film Event Hosted by SIRS & IRIS via The Patch

‘Immigration: The Facts Explained,’ October 18 With IRIS via The Newtown Bee

Letter: Love your neighbor as yourself via The Wilton Bulletin

Attacks On Legal Immigration via WSHU

Connecticut College hosts ‘scholars in exile’ for retreat via The Day

Hearst donates $250K to Norwalk Hospital via The Hour

What happens to families still split by the travel ban? via NBC Connecticut

MSA Participates in Run for Refugees  via Southern News

On “Banniversary,” Thousands Get Ready To Run via New Haven Arts Council

Thousands to participate in Run for Refugees this weekend via WFSB

Yale Bands to jazz up “The Nutcracker” via Yale Daily News

Thousands of refugees in the U.S. celebrate their first Thanksgiving via MSNBC

“Welcome To The New World,” Stay A While via Greater New Haven Arts Council

Local refuge weighs in on caravan headed to U.S. border via WFSB

At a town forum on immigration, the personal cost stands out via Ridgefield Press

Refugees in New Haven learn about history of slavery, will tour the South via New Haven Register

In Their Own Words on World Refugee Day (with Chris George, Cohort 7) via Community Leadership Program

Refugees Unite One Dish At A Time via New Haven Independent

Immigrants In Connecticut Worry About Trump Travel Ban, But Supreme Court Ruling Wins Praise From Others via Hartford Courant

Great Give Ode: In Praise Of The Culturally Appropriate Hot Meal via New Haven Independent

Bringing people together with public art via New Haven Register

Symphony of steel fundraises for IRIS via Yale Daily News

Blumenthal: He would compromise on a border wall if protections promised for DACA recipients via New Haven Register

Blumenthal To Refugee Kids: “We’re Proud Of You” via New Haven Independent

Lunch With A New American via New Haven Independent

Letter to the editor: Refugees strive to contribute to America via New Haven Register

Their Story Is Our Story via Greater New Haven Arts Council

In Small Quarters, A Business Takes Off via  Greater New Haven Arts Council

Middletown Rotary to host performance on refugees via The Middletown Press

Syrian Family Finds Refuge in Waterbury via US News

A new haven for immigrants via The Quinnipiac Chronicle

Refugee experience in the spotlight with concert, art exhibit at Artspace in New Haven via New Haven Register

A Lifetime of Expression: Syrian Artist’s Work Speaks of the Human Condition via West Hartford LIFE

Culinary Traditions, Cultures, and Stories Shared by Sanctuary Kitchen though Food from the Heart via Zip06

With 3 Words, Supreme Court Opens a World of Uncertainty for Refugees via  NY Times

Appearance on Community Works via NHTV

Refugees Are Welcome, and It Should Stay That Way via Niskanen Center

Caring for New Haven’s refugees via Yale School of Medicine

For Refugees in U.S., Freedom’s Just Another Word for Self-Reliance via  Real Clear Investigations

Educating the public, talking about the refugee vetting process via News 8 WTNH

Conversation On Syrian Refugees Set For May 11 via Hartford Courant

Syrian family reacts to US airstrike via Fox 61

With a broken heart, a Syrian refugee in Conn. talks about a brutal week via News 8 WTNH

Syrian refugees in CT speak out after recent attacks via WFSB

Dinner With a Message via Brandford Eagle

A Syrian Family in Trump’s America via Moment Magazine

Misdiagnosed: Why We Oppose The Refugee Ban via Huffington Post

After Chaotic Entry Into the U.S., Syrian Refugee Settles In via WNYC Public Radio

Iraqi refugee shares story of resettlement in America via Fox 61

Refugees find welcome in New Haven, but fear gates will be closed to others via New Haven Register

Refugees Endure On The Strength Of Hope via Hartford Courant

Refugees arriving at New Haven’s Tweed likely last for a while, amid ban via New Haven Register

Angelina Jolie: Refugee Policy Should Be Based on Facts, Not Fear via New York Times

Refugees are already vigorously vetted. I know because I vetted them via The Washington Post

Trump ban on refugees, immigrants could have ‘domino effect’ say locals via Fox61

Connecticut Responds to Trump’s Executive Order On Immigration via WNPR

Tour of IRIS Offices via Now This News

For Syrian Refugees In Connecticut, A Helping Hand From Private Volunteers via Nashville Public Radio

Refugee organization says 100% more settled in Connecticut this year vs. 2015 via Fox61

After Warm Welcome, Syrian Family Struggles in Connecticut via Voice of America

Lawmaker Meets With Local Advocates For Refugees via Hartford Courant

Connecticut Set to Take In Record Number of Refugees via WNPR

The Interfaith Partnership For Refugee Resettlement: Offering Hope To Strangers via The Newtown Bee

Safe from Syria war, family embracing new home in Ledyard via The Day