Connecticut is her home now, but her family still lives in a refugee camp

IRIS-Integrated Refugee & Immigrant Services > Stories > Stories > Connecticut is her home now, but her family still lives in a refugee camp 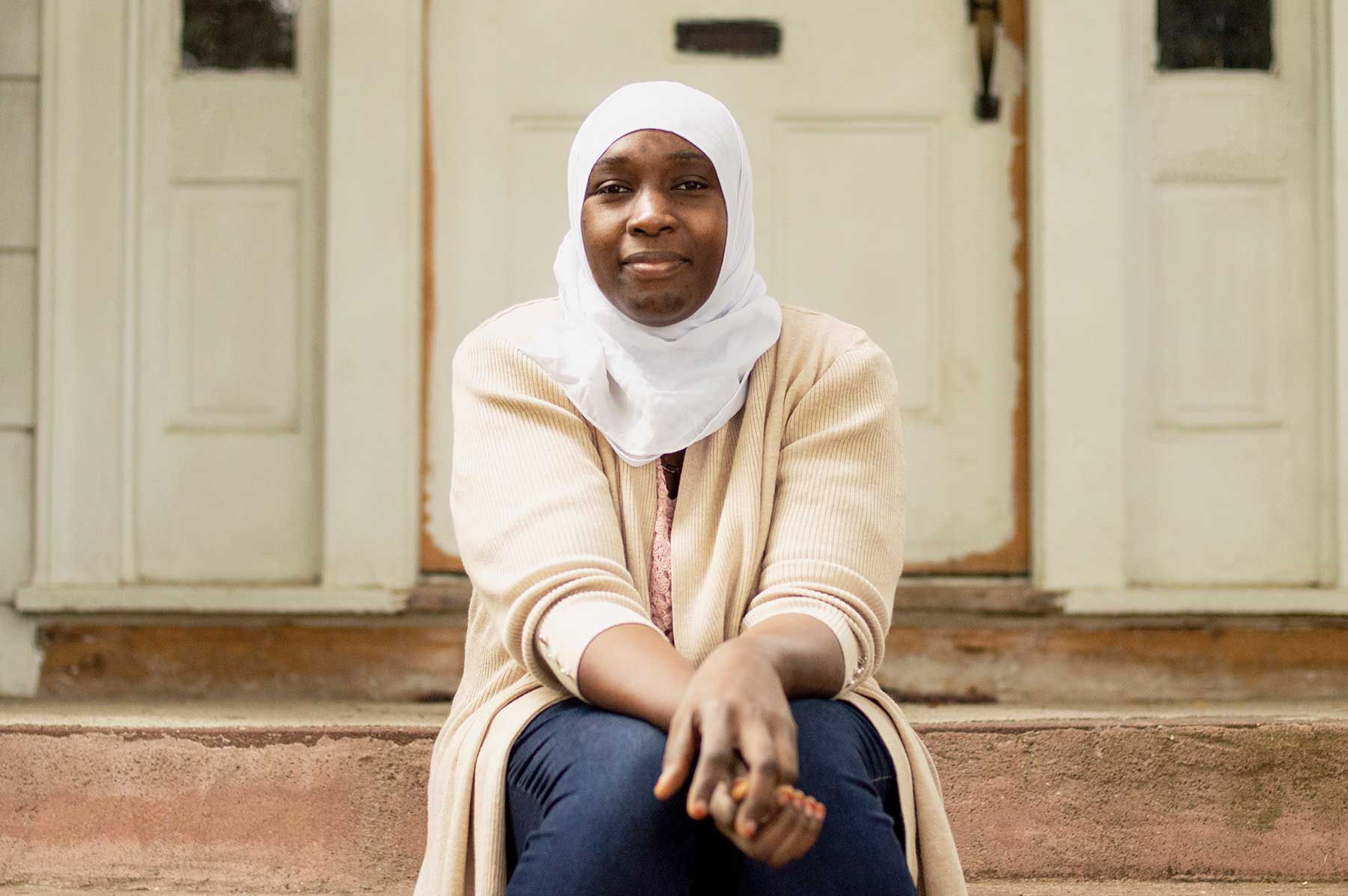 Connecticut is her home now, but her family still lives in a refugee camp

Badria smiles brightly when she says that Connecticut “feels like home.”

A native of Sudan, Badria lived in a Darfur refugee camp for two years before relocating multiple times, first to Egypt in 2005, and finally to the United States in 2014. When she first arrived with her husband and children, Badria had no formal education and spoke no English. Today, she speaks with pride when she lists the challenges she’s overcome; learning a new language, earning her driver’s license, gaining employment, and becoming an American citizen as of this month.

“She now feels like a family friend,” Badria says about Elaine, the volunteer she met through the Cultural Companion program at IRIS. In addition to making friends from Sudan and Iraq, she has also grown her immediate family, having welcomed twins since coming to Connecticut.

But even as she smiles with gratitude at finally being home, Badria still has family living in the refugee camp in Sudan. In 2014, when she came to the United States, the number of refugees admitted into the country was approximately 70,000. That figure, which is set each year by the President, has been lowered every year under the Trump administration. This year, up to 18,000 refugees will be welcomed into the United States; a reduction of roughly 74% since President Obama left office.

Badria remains hopeful that the politics will change soon, and she looks forward to casting her vote for the first time in the upcoming election.