In America, Art is free

Maher Mahmood is a photographer and videographer. He was given his first camera at the age of thirteen when he lived in his home country of Iraq.

During this time of war in Iraq, Maher learned he could use photography as a way to tell his story and the stories of those around him. Since then, photography and videography have been his passion.

Below is an excerpt of Maher’s speech, given at ‘Storytellers & Artisans’ in June 2022, in honor of World Refugee Day. 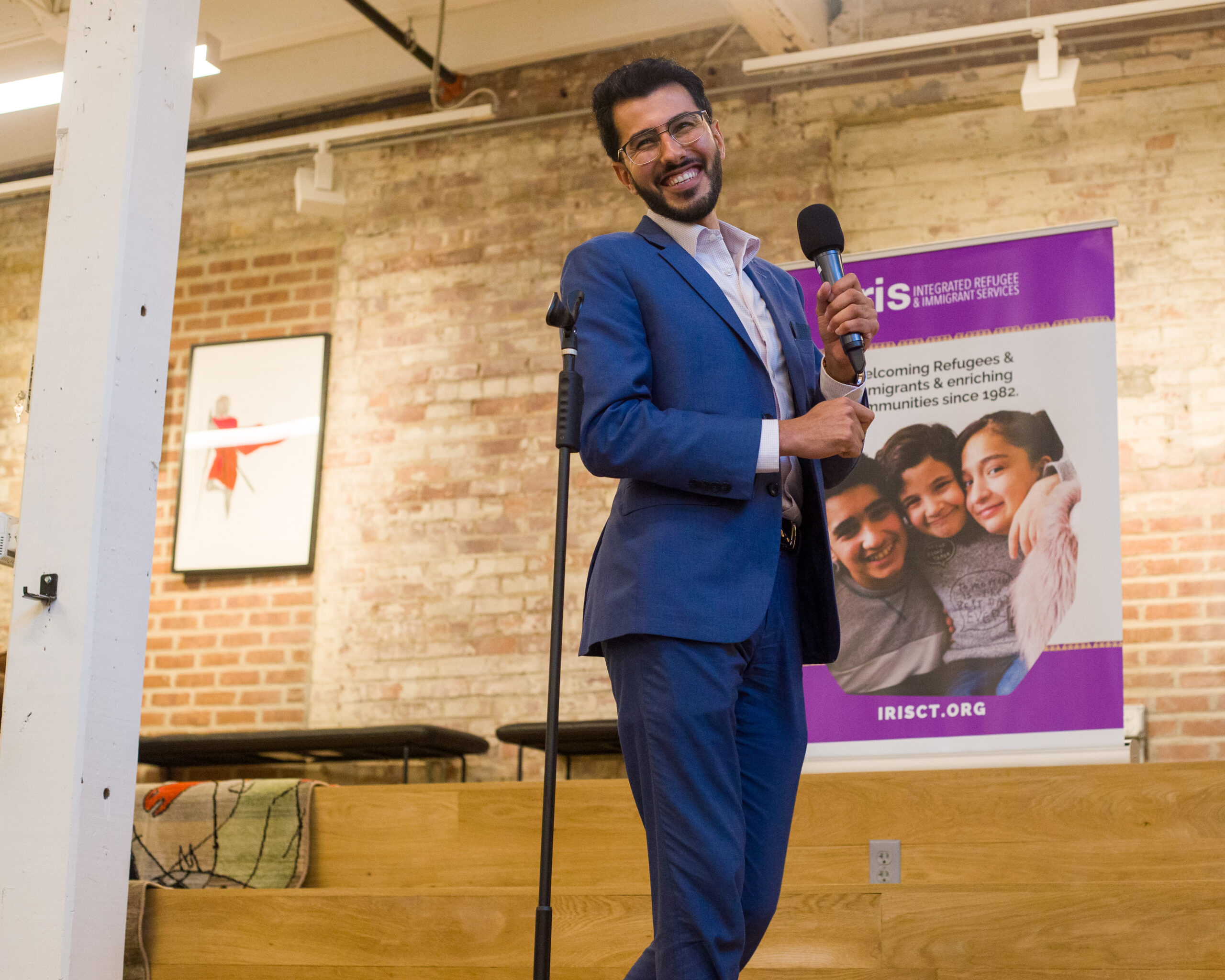 “New Haven, Connecticut became my home in 2014. I remember the first week my father brought a cup of water and he put oil in it and told us,

‘I don’t want you to be the oil. Don’t separate yourself from American culture. Try to learn many things, America has so many opportunities.’ He brought a spoon and started mixing it and said, ‘I want you to achieve a lot. Education here is better, just go for it.’

So we did, but the beginning was hard. I learned English through google translate and when I tell people that they say, ‘that’s why you have a google accent.’

Recently, I went to see a documentary I helped filmed at Long Wharf theater called See Me As. In that documentary, they talk about five stylists, five actors and activists. My mother is one of the stylists. Seeing my mom make her own art was just really beautiful. My mom always talks about how art in America is free.

In Iraq there is so much restriction. As a photographer, I remember one day I was taking photos on the street, and an Iraqi police officer came to me and said, ‘what are you doing?’ and I said, ‘I’m an artist, I’m taking photos just of people.’

He took my camera and he smashed it with an AK-47 and arrested me for no reason— just because I’m an artist. At that time I learned in Iraq we are allowed to have guns but we are not allowed to have cameras, because with a gun we can shoot one or two or three — but with a camera you can show the world what is happening there.

So I tell myself, I will always be a photographer and I will always shoot video too. Because of IRIS, the local community support, and the artistic opportunity the state has provided, I see me as an artist, a leader, a photographer, and most importantly, I was welcomed and blessed by the New Haven community.”