IRIS Welcomes Michael Van Leesten to our Board of Directors 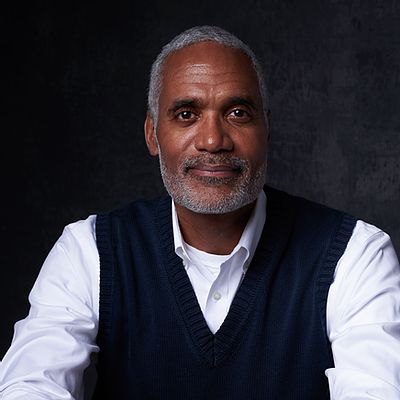 IRIS Welcomes Michael Van Leesten to our Board of Directors

Michael’s first personal experience with IRIS began a few years ago, when a friend and IRIS volunteer introduced Michael to a family from Afghanistan. As a muslim who has traveled extensively throughout North Africa and the Middle East, Michael and Shah Jahan, the father of the family, bonded through a shared cultural affinity and appreciation. Their friendship grew, and eventually Shah’s children entered a program for academic skills development that Michael oversaw. Earlier this year, when approached about serving on the IRIS board, Michael saw an opportunity to use his experiences as an organizational developer, an educator, and a person of color to help create impact for families like Shah’s. “IRIS and what it does interests me,” Michael says, “and I think I can contribute to IRIS being a better organization.”

Born and raised in Providence, Rhode Island, Michael earned undergraduate degrees in English and Economics from Dartmouth College and an MBA from Columbia Business School. After building a career as an executive in the financial and insurance industries, Michael earned his teaching certification in mathematics in 2005 and, motivated by a desire that stemmed from his experiences coaching youth soccer, embarked on a new career as a teacher. Michael has held teaching positions at The Foote School and Hopkins School, and served as Director and Director of Advancement of Hopkins School Pathfinder, an academic skills development program serving academically motivated students from New Haven and Bridgeport public and parochial schools. Since April 2020, Michael has served as Director of Organizational Development and Stakeholder Engagement at Social Venture Partners, a philanthropic network that seeks to cultivate funding, partnerships, and effectiveness for non-profit organizations.

As an IRIS board member, Michael will bring a strategic view to organizational operations and opportunity planning, and hopes to bring IRIS into the state’s growing sphere of activity and resources in areas like early childhood education and welfare, and career workforce development. Michael sees it as critical that resources like these be made available to the approximately half million immigrants in Connecticut. “That is a voice that needs to be heard in this conversation, it cannot be left out of it.”