She was a child refugee. Now she’s paying it forward for immigrant kids. 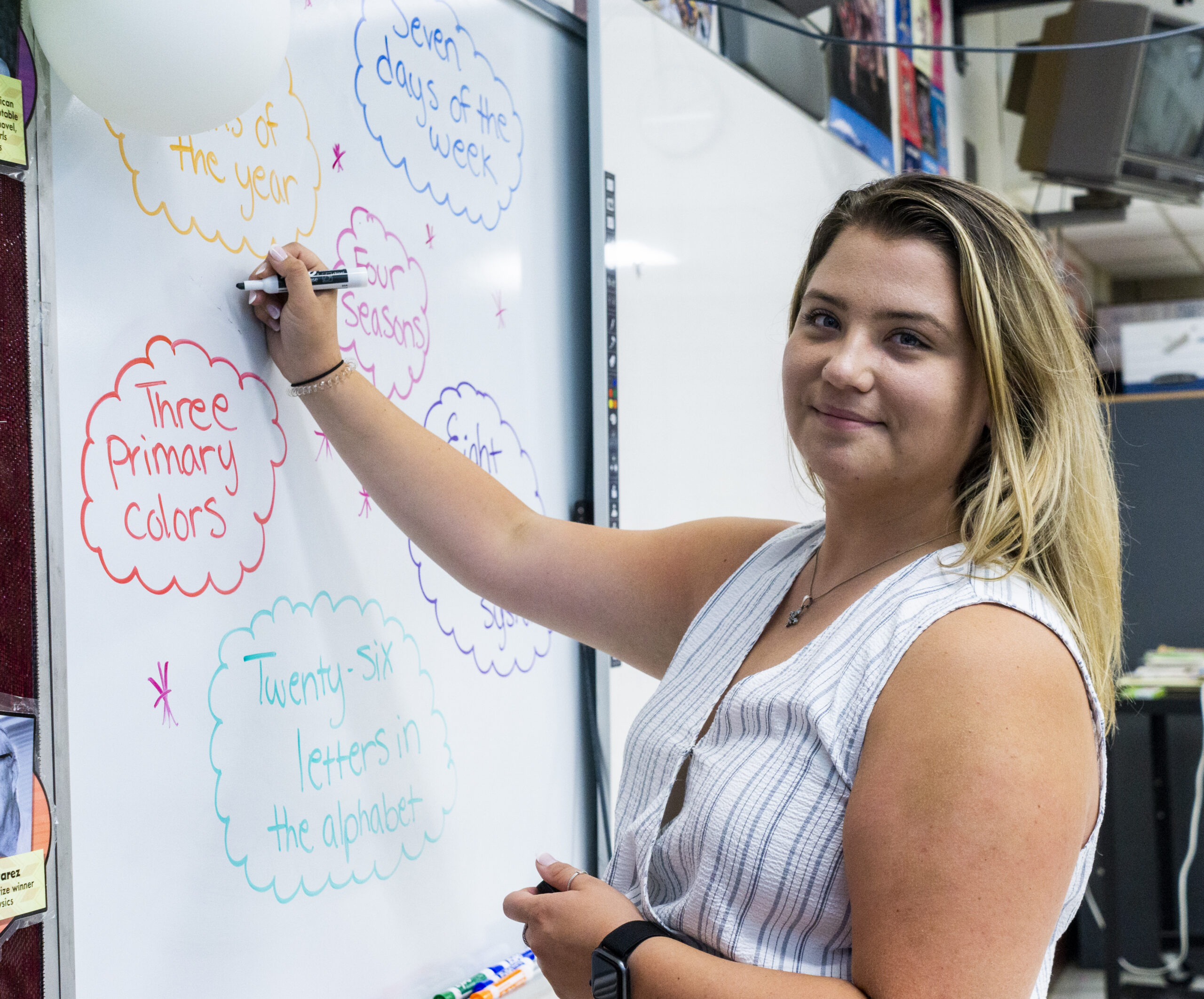 For the past two years, Eldina Muratovic has spent her summers working with IRIS’s Summer Learning Program, as an intern in 2019 and then an assistant program coordinator in 2020, when the program was virtual due to COVID-19.

But her involvement with IRIS didn’t start there–Eldina’s first experiences with IRIS came in 2000, when the organization resettled her and her immediate family in Branford, Connecticut, where they were taken in by relatives who were already living there.

Eldina’s parents moved her family to Germany from Bosnia before she was born, and then after they had a problem with immigration paperwork in Germany, the family applied to be resettled in the United States.

“I was only five years old when I came to the U.S.,” says Eldina. She said that although she didn’t have too much trouble with the language barrier, because she was so young and able to pick up English quite quickly, she still felt like she didn’t belong for a while in the United States.

“All of a sudden I was in a different place,” she says. “And that was a little bit of a culture shock.”

Now in her third year at the Summer Learning Program, Eldina is the lead teacher for a class of first and second graders, which has had anywhere from three to eight students come on a given day.

“I want to work with immigrant children such as myself, and help them kind of navigate and find their own sense of belonging,” she says. Eldina says that while she may not understand everything her students are going through, she wants to communicate to them that they — like her — will be able to make this place their home.

“This year, it feels good to actually be in a physical classroom and work with them,” says Eldina. Last year, the instruction was completely virtual, and Eldina said that the few times that she got to interact with the students in person, when she would drop off their supplies to their homes, their faces would light up, and she could tell they were craving more in-person interaction.

Eldina says the class is fluid, and that rather than follow a specific curriculum, she asks the students what they want to focus on and learn. Moreover, she says she has to be adaptive, since all the students are coming into the classroom at different levels.

“It’s a challenge, but it’s fun,” she says, adding: “I have a great group of volunteers and helpers that are able to make that happen as well.”
“It feels good,” she says, about working once again with IRIS. “It definitely feels good to be back.”