We Are All One People 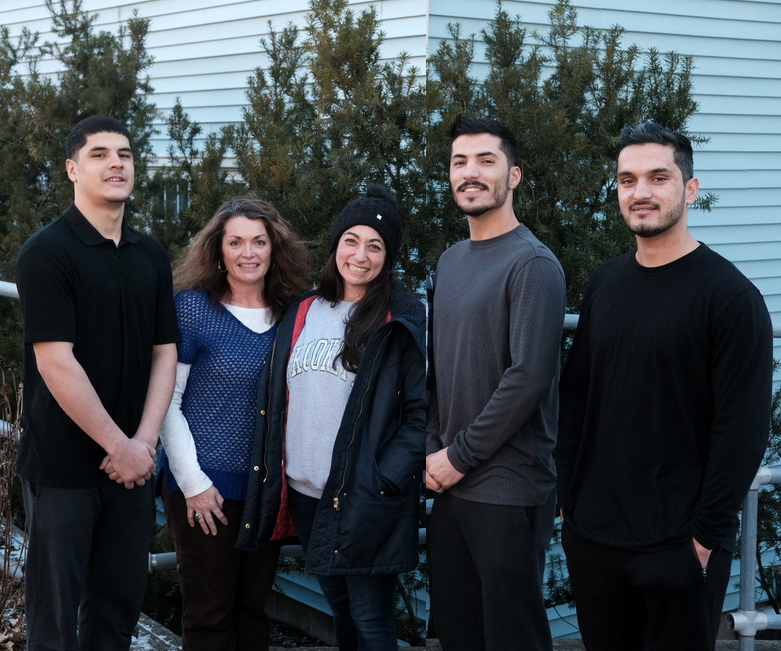 “We Are All One People”

Since the Syrian crisis of 2016, Danbury Area Refugee Assistance has been helping families resettle in Connecticut. Their latest family arrived after the fall of Afghanistan.

A ground-floor apartment in Danbury is the new home for five young men from Afghanistan, who arrived in Connecticut in December. Two of the five are cousins, two are brothers, and the fifth is their cousin. They were friends in Afghanistan and range in age from 17 to 25. Two were high school students there, one was studying economics, one worked in a government ministry, and one was an officer in the Afghan army. All five made their way to the airport in Kabul during the evacuation last summer, at different times. One spent just six hours before he boarded a plane, while another waited four days, sleeping on the ground outside at night and living on biscuits and water. “It was very difficult,” he recalled. “Women and children were crying.”

They were reunited in Qatar on their way to the United States, but once they arrived in early September, one went to a military base in New Mexico while the others were sent to a base in Virginia. They came together again in December in New Haven.

DARA, Danbury Area Refugee Assistance, which has been partnering with IRIS, Integrated Refugee and Immigrant Services, since 2016, is resettling the men. One of more than 50 co-sponsor community groups that work with IRIS, DARA was inspired to act during a humanitarian crisis, the civil war in Syria.

“I’m Jewish and I come from a long line of people who have had to flee many times,” said Kate Alvarez, one of the group’s leaders. “Any time I hear of something like this going on, it affects me personally. That could be my family, they could be my kids.”

“We were reading a lot of news and seeing the images coming out of the Middle East, when Syrians were trying to escape that civil war,” said Barbara Davis, the group’s other co-leader. “I had been an elementary school teacher and I thought I could use those skills to help a newly arriving family.”

They were among about a dozen people who responded to a call on social media and an article in the local press to do something for Syrian refugees. James Naddeo, a local resident who sent out the call, was looking for a way to help the refugees when a Google search led him to IRIS. “We are all one people, and we should unite to help each other when help is what’s needed most,” he wrote in an op-ed for the Danbury News-Times in July 2016.

The group met for the first time in an empty storefront in a mall where an IRIS staffer explained the resettlement process and what they’d need to do as a co-sponsor group. “We had no idea what we were getting into,” said Davis. “It was a lot more than any of us anticipated.”

To get started, the group needed a solid cohort of at least 25 volunteers, a fund of between $7,000 and $12,000 dollars, and a designated contact person to work with IRIS. They needed to find an apartment that would be big enough for the family, affordable, near public transportation, near clinics or medical centers that accept HUSKY, close to businesses and groceries, and in a town that offered ESL classes. They’d need to furnish the apartment and stock the fridge for the family’s arrival. Then they’d need to schedule medical appointments, enroll the kids in schools, and help the family navigate the mundane tasks of daily life, like paying the rent and utilities bills. They’d also need volunteers to drive the family to appointments when the local bus service is not sufficient.”

It was a steep learning curve, and the group took time out before receiving a second family to figure out what they needed to do differently. DARA now has 17 teams that handle housing, health care, childcare, education, employment, finances, transportation, and other tasks.

“There’s a lot of structure that goes on behind the scenes and we needed policies in place just figuring out those teams,” Alvarez said. “When we started it was just all of us pitching in where we could. We didn’t have those structures in place. Now we know if somebody has an issue, this is the person that they talk to.”

“We needed a lot more people,” Davis said. “We learned a lot of lessons about boundaries, making sure whenever you are implementing a policy or making sure a task gets completed with the family, it is always with the idea that it should be in order to advance the family’s independence. That should be the main goal of everything we do.” 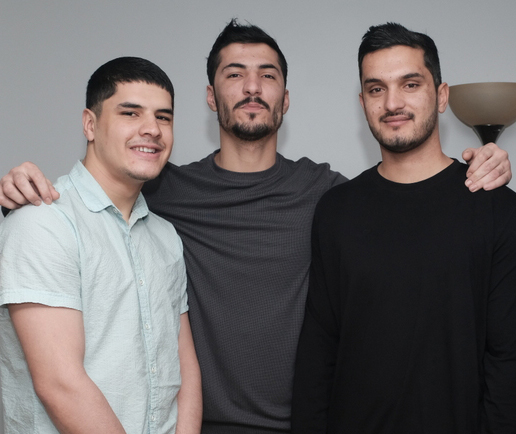 A common pitfall for co-sponsors is doing too much. “It’s so much easier for us to take care of things than it is for the family,” Davis said. “It really needs to be a partnership.”

The families, they said, also face a steep learning curve.“It’s very hard to come from someplace that’s very different, then all of a sudden have to learn the language, the body language, the culture, the clothing,” Alvarez said. “There’s also the fact that they leave their families. They had a whole unit of people to rely on to help them navigate things. In a lot of countries families tend to stick closer together and help each other more and they don’t have that.”

“The model for refugee resettlement in the United States is not an easy one,” said Davis. “As soon as they arrive, they are expected to do an awful lot as quickly as they can and all at the same time. They’re expected to learn English, find a job, get the kids ready to go to school, follow up on health care needs. It can get really busy and frantic.”

Their first family of six from Syria, Alvarez and Davis said, is doing well. The family, which now includes a new grandchild, shares a big house. It’s also home base for a graphic design and printing business the oldest son started. Family members pitch in with the business and one son has a job at a gas station and the mother works in food services at Danbury Hospital.

The second family DARA resettled came from Colombia and the five young Afghan men are their third group.

Since the five Afghan men arrived, group members have made regular visits and helped them acclimate to their new home. Friends in Afghanistan, they laugh, joke and poke fun at one another. On a Sunday afternoon in February, a tutor was helping Osama, 17, with English lessons. A volunteer came by on a bicycle so he and Ehsan, 20, could ride the route to his job at a factory that makes nuts and bolts. The other three are still looking for work. All five left Afghanistan because it was not safe for them.

Mohabbat, 25, had a job as a typist in a government office that put him in danger. “You don’t know what is coming,” he said. “You’re always wondering when you’re going to die.”

Abid, 24, was a lieutenant in the army. He recalled having to stay in a military compound for 45 days because of Taliban threats. On his way to the Kabul airport, he had to hide the documents that would get him on a flight to the United States because those documents would also put him in the Taliban’s crosshairs. The others had been threatened or attacked because family members had links to the government or the army.

They remain in contact with their families and are hoping to bring them to the United States. “It’s going to take a long time,” said Abid, who recalled his first day in Connecticut. They stayed in an Airbnb in West Haven while DARA prepared their apartment. “The first day was a pretty good day,” Abid said. “We had pizza. We were so hungry.”

The DARA volunteers look forward to the day when they will be on their own and independent, but they fully expect to remain their friends.

Two of the men, Mohabbat and Saddam, recently moved to New Haven, where an uncle owns a pizza parlor. He’s helped them find an apartment and provide a job for Saddam. The other three men recently welcomed a cousin who came to live with them after initially resettling in Florida.

“We’re there for the things that they succeed in, and we celebrate with them, and we feel grateful that things are falling into place,” said Davis. “We’re also there when things are difficult. When they’re independent we just see them as friends. It’s a very difficult feeling to describe. It’s a mixture of joy for their situation and relief that they’re doing well and are able to live a happy and productive life.”

“If you’re in a situation where you can help somebody, then why not?” said Alvarez. “Everybody needs help at some point in their life. People have helped me in my life, and I would hope that if I were in a situation where I had to flee my country in such a devastating way that there would be people that stepped up and helped. I don’t even think twice about it. I’m grateful that I’m able to help somebody.”