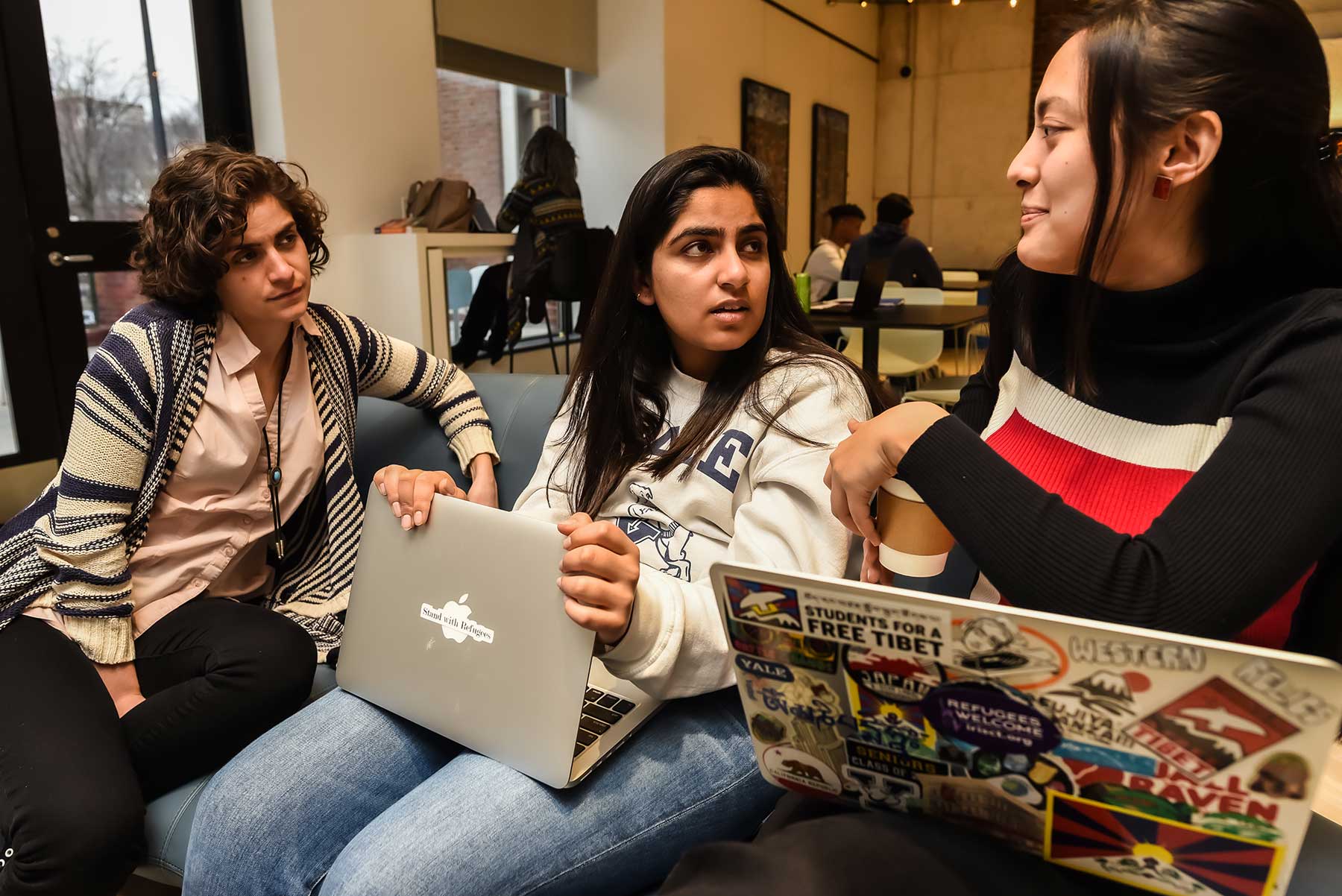 Every Wednesday afternoon IRIS staff meet with students from the Yale Refugee Project who are dedicated to helping refugees, immigrants, and asylum seekers in the New Haven area. They have tutored refugees in English, helped them find jobs, and educated others on campus about immigration issues.

An upcoming Friday meeting included a trip to the arts school to see an exhibit of paintings by a student from Afghanistan, followed by a visit to a residential college to make pizza. The students organizing the excursion, Khenzom Alling and Zahra Chaudhry, co-directors of YRP’s women’s group, were working out the logistics of fitting all this, including a walk across camps, into two and a half hours.

Both Alling and Chaudhry have family histories of immigration and refugees. Alling’s mother was a refugee from Tibet and Chaudhry’s parents emigrated from Pakistan. Alling said her volunteer work through the Yale Refugee project aligns with her academic interests—she’s majoring in ethnicity, race, and immigration. Chaudhry grew up in Milford and has been volunteering with IRIS since high school. “I wanted to continue to be part of it,” she said.

Also at the library meeting were Peter Steinmann, who leads the men’s group in the YRP Youth Leadership Program, and Tatiana Criucova.

was a refugee myself,” said Criucova. Her family came to the United States from Moldova, and she feels it’s important to help others. She’s particularly interested in college prep. “The college application process is hard enough as it is,” she said, without issues of language and culture.

Steinmann’s family emigrated from Germany when he was nine.

“My immigrant experience, compared to other people’s, is laughably easy. My experience was very privileged,” he said. “But I know about coming to the country and not speaking the language. I think I can help out and make them feel welcome.”