A Home of Their Own

IRIS-Integrated Refugee & Immigrant Services > Stories > A Home of Their Own 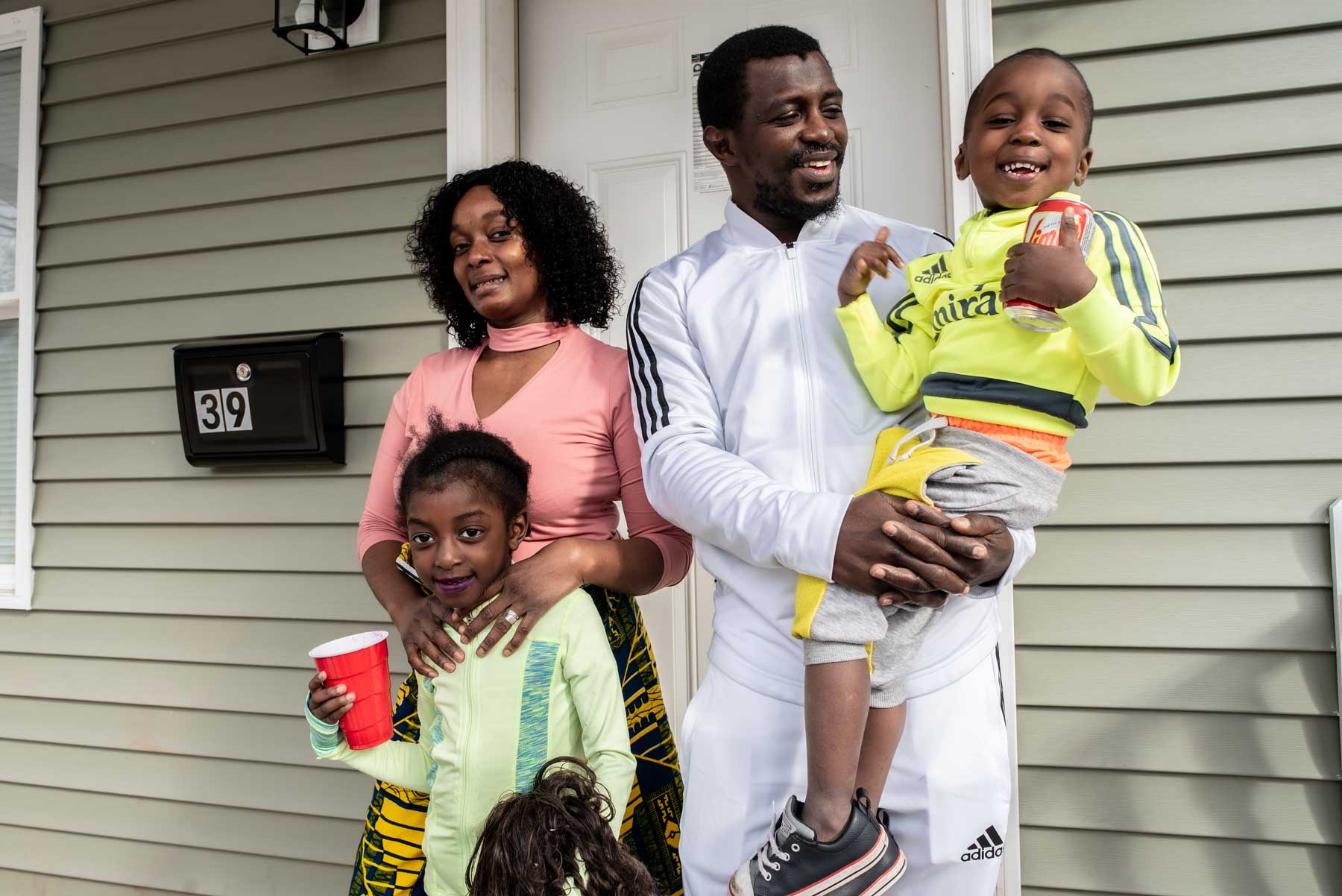 A Home of Their Own

On December 25th of last year, Laye Camara and Fatoumata Sylla, along with their two children, moved into their new home in New Haven. They had arrived in New Haven just over three years earlier with the help of IRIS, after a decade as refugees in Morocco. They are the first IRIS clients to own a home through the partnership of Habitat for Humanity of Greater New Haven and its Shoreline community build group, Raise the Roof.

“This is my home, it’s my home,” Camara said of the two-story home he helped build in the city’s Hill neighborhood. It was a welcome change from the two-bedroom apartment they lived in nearby. They have more room and the monthly mortgage is less than they were paying in rent.

“It’s a very nice house. Thank you, God,” said Sylla, as she prepared a stew of fish, cassava, and peanut sauce in her spotless kitchen on a recent Sunday afternoon. “We came here and in three years we have a new house. I am going to bless God.”

Both are from Guinea, a former French colony in West Africa where coups, military rule, and political violence have been the norm. Camara was a student when political problems forced him to leave.

Since arriving in the United States, Camara has worked in a restaurant and a local medical device company. He is now a driver for Uber. Sylla runs her own hair salon in West Haven, specializing in African braids.

Working alongside Habitat staff and volunteers, Camara wielded hammers, saws, and screwdrivers from Mondays to Wednesdays, then spent the rest of the week, including Sundays, driving for Uber. With his flexible schedule, Camara takes the children, six-year-old Marie-Pierre and three-year-old Yousouf, to school and medical appointments.

“They had a balancing act going on because they had two small children,” said Frank Walsh, a volunteer with Raise the Roof who served as the family’s partner on the construction project. “It must have been stressful for them to get in the hours and meet family requirements and job requirements. They certainly managed.”

The homebuilding was a joint effort of Habitat and Raise the Roof, which has sponsored and helped build 16 homes over 16 years. Prospective homeowners with Habitat contribute sweat equity on their home and on neighbors’ homes. After completing the required 400 hours and homeownership classes, families purchase a Habitat home with a 25-year, no-interest mortgage.

Houses are built from scratch, Walsh said, following a standard Habitat footprint—two stories, three bedrooms, with a kitchen and a living and dining area on the first floor. Both parents are still learning English, so when it came time to apply to Habitat for Humanity, they got help from John Nihoul, a retired engineer who has volunteered with IRIS as an interpreter, driver, and cultural companion. He met Camara at the IRIS offices when he heard him speaking French to his daughter. Nihoul is Belgian and French is his first language. Camara and his family had recently arrived, so Nihoul helped by interpreting as needed. When Sylla was in the hospital for Yousouf’s birth, Nihoul took care of Marie-Pierre. Although he has since moved away from New Haven, the family still calls to wish him well on holidays and on his birthday.

“He has quite a history of rising up to the occasion,” Walsh said of Camara. “It’s a wonderful story of how in the few years since he came to this country, he now owns a home. That is remarkable in and of itself.”